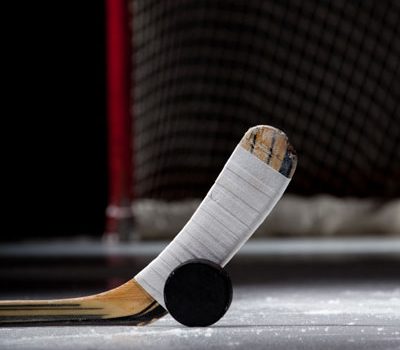 U.S. Women’s Hockey achieved a great milestone in closing the gender pay gap this month, not only for female athletes but for women in all lines of work. Thanks to years of persistent negotiation by the team with the help of U.S. Senators, players’ unions from the National Women’s Hockey League, NBA, NFL, and MLB, among others, the U.S. Women’s Hockey team will enjoy many of the same benefits earned by the U.S. men’s hockey team.

Elements of the new contract include an increase in pay of $70,000 per player and additional performance benefits that could mean earning over six figures if they win the Olympics or a World Championship. Insurance coverage and equal travel arrangements will be offered to the women’s team for the first time, placing them on par with what the men’s hockey team receives.

In the years before this landmark agreement was penned, U.S. women hockey players earned only $6,000, dramatically less than members of the men’s team. For instance, during off years, the women earned no money at all, while the men were paid. When traveling, the men’s team flew business class, stayed in nicer accommodations, luxuriating in their own hotel rooms. The women’s team, on the other hand, flew coach and often shared rooms in cities and countries where they played.

All of this finally began to come to an end on March 15, 2017. The U.S. Women’s Hockey Team released a statement saying they would not participate in the International Ice Hockey Federation World Championships slated to begin on March 31st. This final tactic by the team worked. After years at the negotiating table, many of the team’s demands were met.

As with any major 21st-century movement, the team took to Twitter to gain additional support and raise awareness about the team’s Collective Bargaining Agreement negotiations. The hashtag #BeBoldForChange coupled with images of women holding signs with words like “Limitless,” “Powerful,” “Family, and “Brave” were displayed in these tweets and Instagram posts. This effort was born out of necessity when representatives from USA Hockey threatened to fill the team with intramural and college players.

The women are more than deserving of their earnings. The U.S. Women’s Hockey team has medaled every year since women’s hockey was officially added as an event to the Olympic Games in 1998. With results like these, it may be the understatement of the century to say that these women warrant “equal pay for equal play.”

The finalized collective bargaining agreement underscores the need for pay parity for all women in all types of work. Additionally, this means even more to women who are athletes, or in administrative front office roles, and those in sports media. Many companies and organizations will look to this agreement in years to come. Now, the women that make up these companies and organizations will have the women’s hockey contract to look to as evidence of what they may soon accomplish.