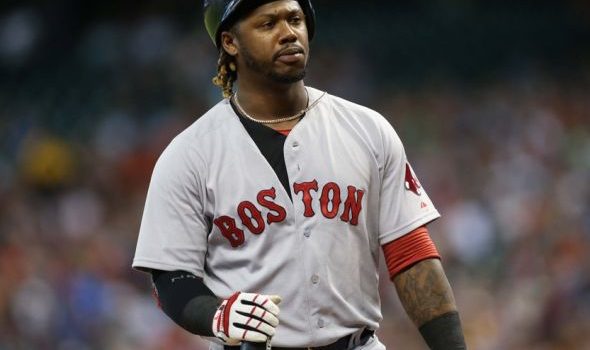 Save the drama for your mama, or wait till the end of Spring Training if you are the Boston Red Sox. After an uneventful Spring Training, there was a sudden kerfuffle over the team’s “shoulder program” and then the loss of a few pitchers to the disabled list.  Either way, Major League Baseball Opening day is upon us. It is time to begin and everyone best get themselves in gear for the season ahead. So here is a quick overview of what to expect from the Red Sox this season.

The team once thought to hold the best starting pitchers in the American League East, may be in some hot water. David Price and Drew Pomeranz both complained of shoulder injuries. Both are on the 15-day disabled list to begin the season. Fans and Red Sox reporters question whether Price’s injury will linger throughout the remainder of the season. Only time will tell. 2016 Cy Young Award winner, Rick Porcello, is as sure a thing as this club has in the starting rotation. He takes the ball opening day with truck loads of expectations on his shoulders. He was 18-0 at Fenway Park last season. Porcello earned a career 22 wins. The off-season acquisition of Chris Sale, and the resurgence of knuckleballer Steven Wright must combine to lead the defense during these early games of the season. Eduardo Rodriguez is back this season, too. Fans hope to see some improved starts from him since the Red Sox need all the help they can get on the mound. The bullpen is still very much a mixed bag. It is up to manager, John Farrell to come up with the clever combinations of Heath Hembree, Robby Scott, among others, to get to the 9th inning closer Craig Kimbrel.

There is stiff competition behind the dish this season with  Christian Vazquez returning from a 2016 season during which he recovered from Tommy John Surgery. He will serve as a backup catcher for the Red Sox. Sandy Leon had a career 2016 regular season and an average Spring Training with the team. He is able to hit for power and drive in runs. He slashed a .261/.292/.261 over 24 plate appearances through March 22nd in the Grapefruit League. During the Red Sox March 27th tilt against American League East nemesis, Baltimore Orioles, Leon hit two doubles and earned 5 RBIS toward the team win. Additionally, on Opening Day at Fenway, he scored 1 RBI over 2 hits to contribute to the 5-3 win over the Pittsburgh Pirates. I am positive he will be a pleasant surprise again this year both defensively and offensively.

Vazquez still has much to learn about calling games. His arm is stronger than ever and his versatility behind the plate are his strengths. Now, he must work closely with the pitching staff to determine good strategies for opposing team bats. If Vazquez does these things, then maybe fans will be more forgiving of what he lacks at the plate with bat in hand.

The infield looks pretty set. The return of Pablo Sandoval to third base has been exciting. He has made all the right changes, and they have yielded positive results thus far at the plate and on third base. A fan, like myself, may still be skeptical, but in the final analysis, I think Sandoval will have a good year in Boston. Proof positive was his hit that scored the first run on opening day. Xander Bogaerts and Dustin Pedroia are sure things at shortstop and second base respectively. First base has come with some controversy. The off season acquisition, Mitch Moreland is slated to start at first base, while Hanley Ramirez will serve as DH. Ramirez could easily take over at first having successfully played the position during the 2016 season. Super utility player, Brock Holt could always take over, in a pinch, at first, and well, pretty much anywhere else on the diamond.

There is not much more to say about the Red Sox outfield than #WinDanceRepeat. Two of our favorite guys behind the hashtag that swept the Twitterverse in 2016, Jackie Bradley Jr. and Mookie Betts will return with another fan favorite from last year Andrew Benintendi. All three had a solid 2017 spring training. Chris Young can easily back up any of the three positions in the outfield. Late, and final, 25-man roster addition, Steve Selsky, formerly of the Cincinnati Reds, will serve as a backup in left field. Manager John Farrell told the press that Selsky was a “productive” hitter. This production and his right-handed hitting were both good reasons for Selsky to take the final bench spot.  With a year of major league play under his belt, it made more sense for Selsky to get the spot over Marco Hernandez. Selsky can also play first base, if needed, in a pinch. While Hernandez will receive more regular at bats in AAA Pawtucket.

Overall, the Red Sox have few things to be wary about this season. I predict they will win 91 games and top the American League East. There are enough players to compensate for team’s liabilities in pitching (both starting and relief), catching, and to some extent first base. I’m looking forward to seeing what Sandoval adds to the mix and what Hanley Ramirez will serve up as the new designated hitter. There is a small learning curve to overcome with the loss of David Ortiz, but I am confident this group of players will come together and play their hearts out for the dedicated fan base that stretches all across this great country.