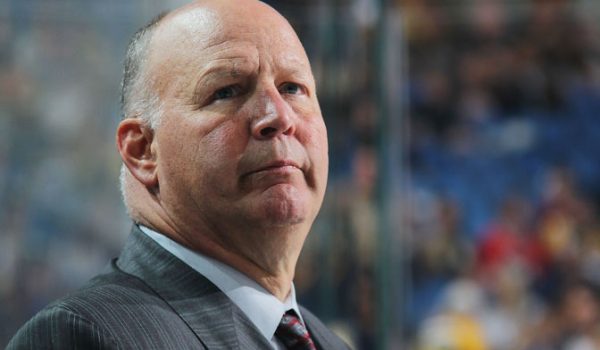 Tweet
While most of New England was preparing for the Patriots’ championship parade through Boston, the Bruins quietly announced the termination of head coach Claude Julien.
Early this morning, General Manager Don Sweeney released a statement saying Julien would be relieved of his duties and assistant coach and former AHL Providence Bruins head coach, Bruce Cassidy, will replace him as the interim coach.
Though rumors have been circling for the past few years, his termination still comes as a shock. Not only as a Bruins’ fan but as a follower of hockey. Yes, he leaves the team with a 26-23-6 record in 55 games, but he’s been our coach for 10 seasons. He has lead the team to a Presidents’ Trophy (team with the best record), seven postseasons, and two trips to the Stanley Cup Finals. One of those ultimately led the team to the win the coveted trophy.
The team would not be where it is today without the leadership of Julien. In just two seasons, Julien brought a dismal looking team into one of the league’s top contenders.
Even after all he’s done, this partnership needed to come to an end in order to start fresh. The team has not made the playoffs two seasons in a row and is looking at a third. The organization has been skating around the issue of releasing Julien since their early departure in the 2014 Stanley Cup Playoffs.
Instead of firing him, they would trade away top players such as Milan Lucic or Dougie Hamilton. Instead of firing him, they would replace GM Peter Chiarelli with Sweeney in May 2015.
Terminating Julien seemed to be the only chance left to revive the Bruins. However, changing coaches will not propel this team into becoming contenders again. Management wants to use Julien as a pawn to not admit their failure in finding players that fit the team.
If the Bruins want to really shake this up, they need to find a shooter. This is one thing they have always been lacking. And if they want to at least make the playoffs as a wild card, they have less than a month to do so before the trade deadline. Otherwise, they will continue to blame the coach for the team’s failures.
Julien walks away after winning 419 out of 759 games and 57 postseason wins, more than any other coach for the club. He was the longest-tenured coach in the league before his firing, and it probably won’t be long until he lands another job.