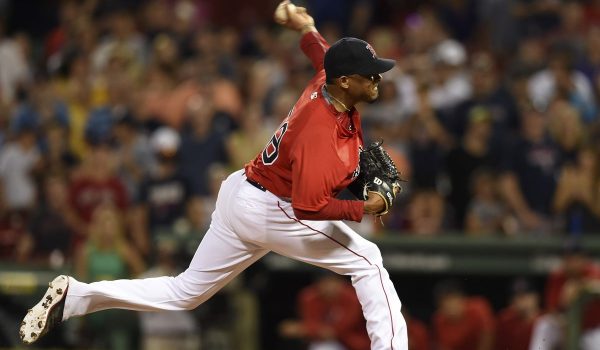 With the acquisition of an additional bullpen arm in Addison Reed at the trade deadline, I wasn’t sure that would be enough for the Red Sox to edge out the New York Yankees in the race for the AL East pennant. After all, the New York Yankees got Sonny Gray. They only trail the Red Sox by 4.5 games. Nevertheless, Reed has been excellent, our offense is back averaging about 7 runs in their last few starts. I think the Sox may just have found the magic again. Has Gray made an impact for the Yanks.

The larger question is: Can the Red Sox stay healthy? Can they maintain this pace heading into a pivotal series against the New York Yankees?

Now the Bronx Bombers have a big bat in Aaron Judge and a dominant arm in Gray. The Red Sox have the golden arm of Chris Sale, yet a big, momentum starting bat is something the team could benefit from. No one is filling David Ortiz’s large shoes.  Still, this trade deadline was not the time for an offensive acquisition. It was a time to acquire a mid-reliever like Reed (He can close, too!) Now the Sox have a much stronger bridge in the bullpen between their starters and closer Craig Kimbrel. Yes, there is still a clown car of characters in that ‘pen that go from (Fernando) Abad to worse, like Matt Barnes, and one-pitch Joe Kelly. With Reed in the mix, it adds one more person for manager, John Farrell, to stitch together the quilt that makes up the bullpen arms. With Reed on board, hopefully, blown leads will be a thing of the past.

The radio guys blamed the lack of pop in the Red Sox offense on the retired David Ortiz. They bemoaned the lack of leadership, and even seemed to out whine a whiny David Price, while Boston slumped their way through late July. Whinier than Price? Tough to do, but not in this town. We love hard, and we hate hard in Boston.

Perhaps, Dombrowski and the rest of the team knew what the radioheads and bonehead Boston callers did not: that one bat was not going to make the difference in this offense. Instead, eliminating distractions (Price) from the clubhouse, team batting, moving runners in scoring position around the diamond like Terry Francona’s 2016 Indians did, and do, so well, would be the way to keep winning. Yes, chicks dig the long ball and there is time for that, but what really matters is that each member of the lineup is contributing in some way to score runs.

This minor change to the bullpen and getting our bats focused again may have seemed like conservative moves at the time. Now, I think we can all agree that it was the right move. The view is magnificent at the top.

Almost two weeks after the trade deadline, the team is sitting on top of the AL East, while New York trails by 4 (as of August 8, 2017)  and the once surging Ray are back by 7.