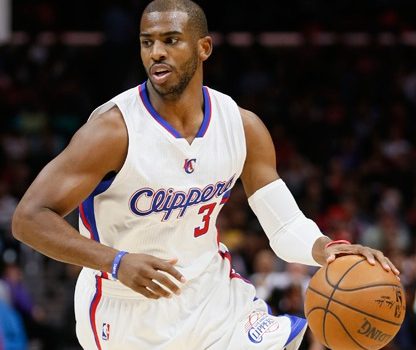 The first day of the 2017 NBA Playoffs is in the books.  Some notes below:

Pacers extended their losing streak in Cleveland to eight straight games, it appears that they just cannot get over the hump at Quicken Loans Arena. The game was a little too close for comfort for Lebron James and his teammates.  Pacers star, Paul George finished the game with 29 pts. The Cavs gameplay to keep the ball out of George’s hands didn’t work as planned until the final seconds of the game. Paul George was getting double teamed when he handed the ball off to Miles, who instead of dishing it back took the last shot and missed, costing the Pacers a 1-0 lead in the series. After the game, George said he spoke to Miles about the last play, explaining he needs to be the one to take the last shot.  Final score: 109-108. Game two is Monday, 7PMET.

The Raptors stayed true to a trend, they are now 1-11 all-time in playoff game ones. I know, you can’t compare a team that played years ago to the one on the court now. Still, that is not a trend that you want to continue. DeMar DeRozan scores a team-high 27 pts. Yet, he had very little help from star PG Kyle Lowry. Lowry, who recently came back from a right wrist injury looked rusty at best scoring just 4 pts. If the Raptors want to get past the young Bucks, Lowry will need to find his game fast.  The one bright side for the Raptors is Serge Ibaka. The former Thunder powerhouse has found his role on the Raptors. He felt right at home in game 1, posting a  double-double in the loss. On the flip side, the Greek Freak proved why he is the future of the NBA, it is hard to believe he is only 22 years old. Giannis toyed with the Raptors all the while leading the Bucks to a dominant game 1 win over the Raptors. Giannis had 28 pts, 8 rebounds, 3 assists and 2 steals. Final score: Bucks win 97-83. Next game is Tuesday, 7PMET.

Spurs had a slow start against the Memphis Grizzlies, which is not uncharacteristic of Popovich led teams. Starters get so much rest, it takes a bit for the players to find their rhythm, however, when they do, it’s lights out. LaMarcus Aldridge hit his groove late in the second quarter and he never lost it, he finished the game with 20pts. Tony Parker showed his critics he still has gas left in the tank. Parker has been low-key of late. After Duncan retired, the vets all but handed the reins to successor Kawhi Leonard, rightfully so. However, the playoffs is where Parker shines, today was a great example. Mike Conley had a decent game, but Marc Gasol was the primary factor for the Grizzlies, he cannot be contained. However, that isn’t a problem for the Spurs, they have enough playmakers. The humble superstar and face of the franchise, Kawhi Leonard had 32 pts barely breaking a sweat. The Grizzlies were in the game early, but never had a chance in the second half. This series will end quickly. Next game is Monday, 9:30ET.

17 seconds into the game, Jazz center Rudy Gobert exits with an injury. Instantaneously, Jazz fans sighed and assumed they were in for a long one. Instead, the Utah Jazz stepped up and gave the Clippers a run for their money. Defense from Gordon Hayward left clutch shooter J.J. Redick at a loss. Redick had 4 turnovers and only 7 pts. Adjustments will have to be made for game 2, the Clippers need a solid game from Reddick, or at the very least, no turnovers. Griffin, Paul, and Jordan, all had solid games. Paul and Griffin both scored in double digits, 25 for Paul, 26 for Griffin. However, the resurgence of 35-year-old Joe Johnson is the real story in this game. Riding the hot hand, the Jazz put their trust in Johnson. Johnson led the team with 21 pts. but more importantly had the buzzer beater that shattered Clipper fans’ hearts. This night has all the makings to be the night for the Clippers, instead, it turned out to be Joe Johnson’s night. Game 2 is Tuesday, 10:30EST.

Fun stat: According to ESPN stats, Joe Johnson has now made an NBA-best 8 game winning buzzer beaters in the last ten seasons (regular season and playoffs).

Side Note: Prayers go out to Celtics star Isaiah Thomas and his family on the tragic loss of his sister Chyna.