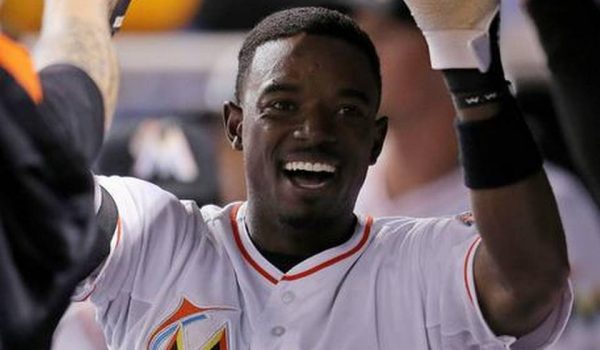 It has been quite the engaging week in sports. From the NBA playoffs to the NFL draft, from Deflategate Part “500” to Manziel’s latest run-in with the law, here is my rant of the week.

Laremy Tunsil’s Draft Disaster:
It is pretty evident that this 6’5 OT from Ole Miss is surrounded by questionable characters. On the eve of draft day, reports surfaced that Laremy’s stepfather is suing him for defamation of character and an alleged attack last June. Pretty convenient, something tells me if this kid wasn’t projected to get drafted in the top ten of the 2016 draft, there would be no lawsuit floating around. If the lawsuit wasn’t enough, a video surfaced on Twitter on the day of the draft, showing Tunsil with a gas mask smoking out of a bong. The drama moved Tunsil out of the top ten. Instead, he was chosen 13th in the 1st round to the Miami Dolphins. The hacker then moved over to another social media giant, Instagram to further dig a hole and posted a text conversation between Tunsil and John Miller, an old assistant athletic director for Ole Miss. The text showed dialogue where Tunsil asked him for money. Tunsil’s stepfather has since denied any involvement in the hacking. Likely story. Hey, you never know, it could be another leech seeking to ruin Tunsil’s NFL career before it even starts. To put the icing on the cake, Tunsil was left to roast during a press conference in which he handled himself quite well considering the circumstances. Where was his representation? Does this kid have anyone in his life that has his back?

Dee Gordon is suspended for 80 games after testing positive for PED’s:
I could not help but laugh aloud to myself when news of Dee Gordon’s suspension flashed across my screen. Is this kid for real? Is Chris Colabello for real? I don’t understand the utter arrogance that these men possess to think they will get away with using a banned substance. MLB has been front and center on the PED front for years now. Sacred records have been tainted, players have been shunned, and money has been lost, yet, there is always one fool that thinks they will get away with it. It’s getting old.

Johnny Manziel indicted for assault against former girlfriend:
On the night that this nitwit was indicted for an assault on his ex, he was hanging at a Justin Beiber concert with Joe Haden. Just a week earlier, he was partying at Coachella. Johnny Football is not worthy of the space I am giving him right now. It is pretty obvious that Manziel is a spoiled, entitled fool that has been given way more than his fair share of chances to fight for a coveted job in the NFL. Putting aside the fact that this he is not NFL caliber, so much attention is being wasted on Manziel that should be directed toward real talent. His actions have shown time and time again that he doesn’t have what it takes to act like an adult and step up to the plate. Only a matter of time before people stop paying attention to him and he fades from the limelight, I for one, am counting down those days.

Adam Laroche gets roasted on a tweet about taking your kid to work day:
This will be the last time I speak of this ridiculous story. Adam Laroche retired and walked away from $13 million dollars because the White Sox wanted to limit his son’s appearance in the locker room. Anyone with half a brain could see that the demands of the White Sox were reasonable. A major league locker room is no place for a 14-year-old boy to be hanging out every single day. Playing baseball is a job, I don’t know of many jobs that allow you to bring your child to work with you on a regular basis. After Laroche’s tweet and obvious dig to the White Sox, fans replied with comment after comment roasting him. Fast forward to Friday, April 29th, the White Sox are 16-7 and 1st in the American League Central. It is not a surprise that LaRoche is still trying to bring attention to himself, considering this mundane story floated around for weeks before the start of the season.  One thing is for sure, the White Sox do not seem to be missing him much.

Are the Clippers cursed?
For the last few years, the Clippers have been one of the top team in the West. Loaded with talent and a stocked bench, the Clippers can just never seem to get it together. Now, injuries with Paul and Griffin have decimated the team and are sending them on their way to the off season. Is this team cursed? Even when this team was healthy, they could never seem to get over the hump to pivot them to the hoist the Larry O’Brien trophy. Is the chemistry off? Something has not been right in Clipper Land. I can’t quite seem to put my finger on it. One thing is for sure, there will be moves made in the off season. Don’t expect next year’s team to look anything like the Clippers of 2015-16.

Deflategate: Part 500
I am going to keep this short and sweet. Like or hate the Patriots, I think most people can agree that it would be nice to see Deflategate dead and buried. Based on a circumstantial case, the NFL has invested way too much time and money into hammering Brady and the Patriots. Maybe they should have taken that money and put it toward concussion cases, a subject that is still glossed over. Goodell is all over the map with consistency. Greg Hardy gets 4 games for domestic violence and Tom Brady gets the same for deflating balls. Hmmm. Maybe it is just me, however, those two incidents are light years apart.

Rant over. Signing off. Below is my tweet of the week.  Hope everyone has a great weekend! 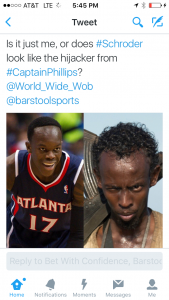