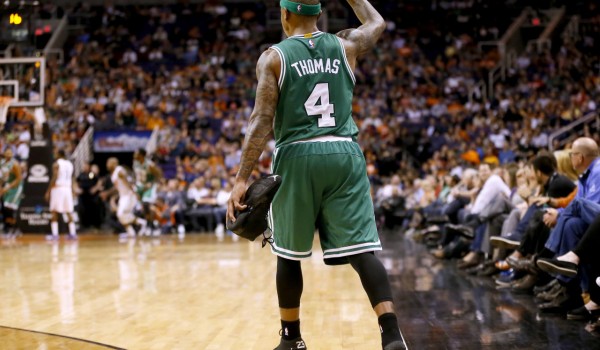 The trade deadline has come and gone and despite the hype, the Celtics didn’t make a move. Social media virtually exploded days leading up to the 23rd with rumors and speculation. Amongst the rumors were Paul George, Jimmy Butler and Andre Drummond.  The expectations further escalated with ominous tweets by Isaiah Thomas.

Celtics fans have been here before. Rumors abound claiming the Celtics will pull off a blockbuster to get them the piece(s) to catapult them to the finals. No reason to believe it wouldn’t happen. The Celtics are stocked with draft picks and young talent to barter with. Still, Danny Ainge does not have a sense of urgency to win now. He has consigned to the fact that the Celtics will finish out the season with no chance of going to the big dance this year.

In fact, yesterday’s game against the Raptors was just foreshadowing to what to expect for the rest of the season. The Celtics need offense and a rim protector, two areas where they are consistently coming up short. Thomas is the offense on the Celtics, the Raptors game plan was to remove his offense and that is just what they did. Thomas appeared frustrated and tempers flared after Demarre Carroll’s cheap shot. Celtics looked in control early leading by as much as 16 in the second. The Raptors rebounded big down the stretch, even without their superstar Kyle Lowry. Many commented that Thomas appeared lost, “almost human” in the 4th. Raptors beat the Celtics 107-97 behind DeRozan’s 43 pts. That game wrapped up the 2016-17 Celtics season.

A league executive told the Boston Herald, “Danny wasn’t taking the Nets picks or really anything off the table, but the fact he was so comfortable waiting for the draft and summer scares the (expletive) out of me.”

Positive thinkers have the offseason to look forward to. Those that seem the glass half empty are out of patience and faith in Ainge.

DeMarcus Cousins would have been the ultimate get for the Celtics. Cousins averages 25 pts. a game and 10 rebounds, he is a game changer, ranking 4th in the NBA in scoring. Thomas and Cousins have history playing together, and Thomas has made it no secret in the past that he would enjoy playing with him again. Rumors claim that the Celtics were worried about Cousins antics. Makes sense, not as if the Celtics haven’t had difficult personalities before.

Aside from that, maybe a change of scenery would have done Cousins good,  and the opportunity to play with a storied franchise that is rebuilding its way toward another championship run. One can never underestimate an individual’s competitiveness and desire to win. Oh, well, one must not dwell on what cannot be changed either. Cousins is now a Pelican.

For now, all Celtics fans can do is sit and wait…..and watch another team lift the Larry O’Brien trophy this June.