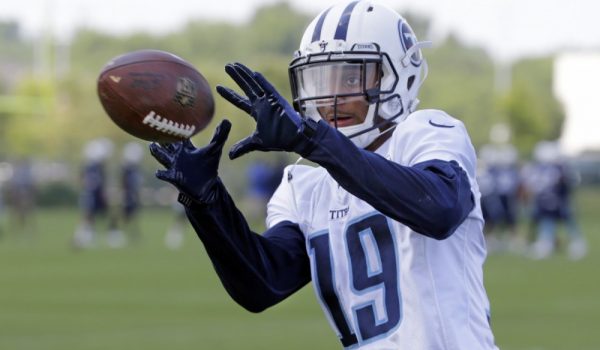 Antonio Brown is fantasy gold heading into the 2016-17 NFL season. Around the leagues, from site to site, Brown has been drafted first. Makes sense. No brainer, right? From Todd Gurley to David Johnson, or Devonta Freeman to Deandre Hopkins, there are plenty of obvious picks when a player is still on the board. What about the not so obvious picks?

Derrick Henry: Let’s face it, Demarco Murray has been a bust since leaving Dallas for greener pastures. Now, Murry has taken his talents to the Titans where he  was traded from Philadelphia for the Titans 2016 4th round draft pick. Mike Mularkey’s decision to start Murray over Henry is not a shocking one. Start the veteran over the rookie, it’s the first game of the season, let’s see what Murray has left in the tank. However, after the impressive preseason performance that Henry has backed up by his pre- NFL body of work, Henry will undoubtedly take over the position early in the first half of the season. In four pre-season games, Henry dominated, carrying 34 times for 216 yards. The powerful back has the ability to wear down a defense, break a tackle and added blocking and pass protection skills to his arsenal. Henry still feels like he has a lot to learn, which is the mark of a leader and workhorse, Derrick told reporters recently, “There’s a lot of things I could have done better, when you play the game and watch the film, you feel like you can make some corrections on things.”  If Henry is still available, grab him now, he is an impact player to say the least.

Tajae Sharpe: The casual football fan has probably never heard of him. However, you will hear about him soon. The starting WR for the Titans will make a name for himself this year. The rookie from UMass, has developed quite the rapport with Titans QB Marcus Mariota in pre-season, making it very clear that Sharpe will play a large role in their offense. Sharpe seems to always get himself open. He knows how to execute and is a student of the game, a willing learner with excellent footwork. Some will argue that the competition he faced at UMass allowed for him to execute the way he did. Still, if you have had the chance to watch him in pres-season, you will see that this kid is all heart. Never underestimate that.

Gary Barnidge: Face it, the TE pool is small. In that small pool, Barnidge is a stud. He had a break out season in 2015, he finished with 79 receptions, for 1,043 yards and nine touchdowns.  Yes, Barnidge is heading into his eighth year and about to turn 31. His run with the Panthers, the team that drafted him in 2008 was not a successful one. Still, who is to say that he didn’t just need a change of scenery. Josh Gordon is suspended for the first four games of the season, Barnidge will no doubt pick up a good deal of slack on the offensive side. He is surely worth another look to see if 2015 was just a fluke, or Barnidge is the real deal.

Spencer Ware: Power back, with the health issues of Jamaal Charles, it would be smart to have him on your bench.

Dak Prescott: This kid will be the shining star in Dallas. With a healthy Dez Bryant and a phenom in Ezekiel Elliot, Prescott will capitalize off his opportunity.

Vance McDonald: The starting tight end for the 49ers. He has built up a connection with Blaine Gabbert, and looked impressive in the pre season. McDonald has not lived up to his expectations, his physicality and speed have not been put to good use. This year may be the year things change for McDonald, if there was ever a year for him to make his presence known it is this.