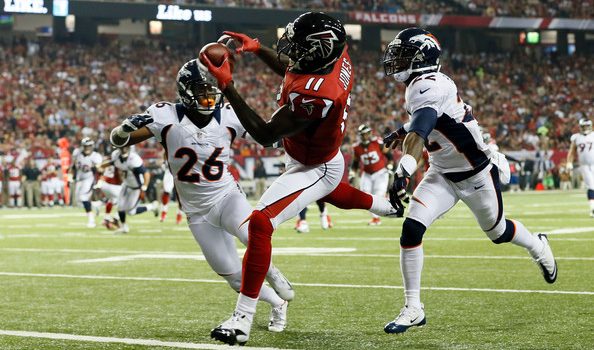 The 2016-17 NFL season has been one of upsets and surprises. The heavily favored Colts have sputtered through the season plagued by inconsistency. The dominant Packers were expected to roll on with Lacy in tip top shape and Nelson back on the field, yet they have been swimming in soap opera style drama and devastating losses. The Rams have largely disappointed in their reintroduction back to LA, so much so, that coach Jeff Fisher was booted shortly after the blowout in Week 14th. The Bears are, well, the Bears, not much to say there. While, the Patriots are doing what they always do, win games. The whole 49ers team may as well just take a knee because they are atrocious, and the Tampa Bay Buccaneers are surprisingly 8-5.

Week 15th boasts a few solid matchups if you are looking to throw some money down.

While the Lions are riding high at the top of the NFC North at 9-4, the Giants are coming off an upset win against the Dallas Cowboys. I picked the Giants to beat Dallas last week, and I am picking them again to beat the Lions in Week 15th. The Giants are 5-0 in the last 5 games at home and 4-1 ATS. Riding high on the momentum from their last win, it is doubtful that the lions who are 3-3 away SU and 3-3 away ATS will be able to prevail. It will be a close game between these two evenly matched teams, but one that will improve the Giants to 10-4.

The promising Jaguars have looked anything but that this season. Plenty of money spent in the offseason to upgrade their defense appears to be all in vain at this juncture. A disappointment of colossal proportions, the Jags have lost eight straight and look befuddled. The Houston Texans, who also spent a boatload of money in the offseason, namely on what they hoped would be their franchise QB, Brock Osweiler have also underperformed. Yet, the Texans remain at the top of what is a weak division at 7-6.  Texans pulled off an incredulous win against the Colts in Week 14 and look to ride that momentum home.

Le’Veon Bell finally had his breakout game of the season, too bad it took him until week 14th to do it. Props to fantasy owners that held on. Patience is a virtue. The Steelers head into Bengal territory sitting at 8-5 on top of the AFC North. No secret these two teams hate eachother, should be some fireworks at the very least.  The Steelers have undoubtedly had the upperhand in matchups with the Bengals. Pittsburgh is 6-1 SU and 5-1-1 ATS in its last 7 meetings with the Bengals. On the flip side, the Bengals are 3-5-1 ATS in their last five games at home. The Steelers are the better team, they will take this game and cover the spread.

Steelers SU, Steelers -3, and Total will go Under

Bills over Browns– Face it, the Browns are just as bad as they have always been, in fact, they are worse. They are a far cry from the other teams in Cleveland that have had a bout of recent success. No way the Bills let this joke of a team walk into their house and dismantle them. On to the next.

Ravens over Eagles- Ravens are 4-0 SU and ATS in their last four games at home. The Eagles, who started off strong are in a major slump. Philadelphia is 0-5 in the last five games on the road, they are about to make that 0-6. Add on the fact that the Ravens are itching for a win after losing to their favorite team, the New England Patriots.

Seahawks over Rams- I took the Packers to beat the Seahawks last week, however, Seattle is the overwhelming favorite in this game. Even at their worst, they are far better than the Rams. Just a week after signing a contract extension,  Rams head coach, Jeff Fisher was fired after an ass kicking handed to them by the Falcons in week 14. The Seahawks are at home and will be looking for blood to rebound by their beatdown at Lambeau. The better, seasoned team with a stellar QB wins this matchup handily. From what we have seen from Goff so far, he does not appear to be NFL ready, or NFL caliber at this point. Seattle is 5-0 SU in the last five games at home. No brainer.