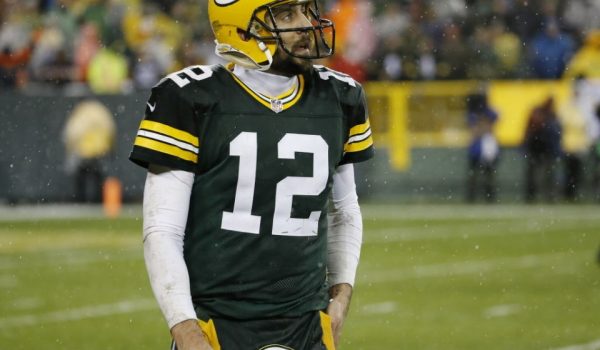 Saying that the Green Bay Packers are in trouble would be an understatement of epic proportions.  On the heel of a plethora of criticism regarding Packers QB Aaron Rodgers, the Packers lost their 4th straight game, first time since 2008. The 4-5 Packers are grossly underachieving. Before last night’s disastrous loss to the Redskins, critics have called for coach Mike McCarthy to be fired. Others have questioned Rodgers ability as a leader.

Stories began to surface over a year ago that Rodgers had a falling out with his family. However, the rumors didn’t hold much weight because Rodgers was playing at a high level. Now, that the Green Bay Packers are on a sinking ship, fingers are being pointed and more rumors are circulating.

“In my opinion, he’s a different guy,” Finley said. “I didn’t really know how he showed his leadership. He wasn’t a vocal guy. He really wasn’t a hands-on guy. To tell you the truth, it was all about his game and his stats in my opinion. … He was a guy that kept it all in. He kept grudges close to his chest. If you did something, he never really let it go. He always kept it close to his heart….”I just don’t think he was a natural-born leader. He wasn’t put on Earth to lead.”

Another former teammate, Greg Jennings claims that Rodgers is incapable of holding himself accountable for his bad play, deflecting blame.

Issues with his family drama range from not having contact with his parents to an estranged relationship with his brothers. He reportedly did not show up to his grandfather’s funeral and he bailed on a childhood friends’ wedding via a text message the day before.

One mark of a mentally strong leader is one that can leave all of the personal stuff behind when they step in to do a job. It is pretty clear that Rodgers is lacking in that department currently. When a player steps onto that field, they are there to do a job, one that they get paid handsomely for. In the position of QB, the ability to tackle challenges and handle diversity is crucial.

Conversely, let’s make one thing clear, Rodgers is not the sole reason why the Packers are losing. Not by a longshot. Injuries have ravaged the team this year, another gruesome one added to the list tonight when CB Demtri Goodson was carted off the field with a knee injury last night. The star position players are a shell of themselves. The palpable chemistry that carried the Packers to their Super Bowl win seems to be long gone.  Packers defense can’t stop anyone, on Sunday night they allowed Kirk Cousins to throw for 375 yards and three touchdowns. Last week against the Titans, the Packers porous defense allowed Mariota to throw for 295 yards and four touchdowns. Packers offense has been equally dismal. There lies a revolving door at tight end, with the Packers still holding out for Jared Cook to be that guy.  Moreover, what used to be the one-two punch of Cobb and Nelson is non-existent. With Eddie Lacy out,  James Starks has done his best to help stabilize the running game, but issues remain. Various times throughout the season there has been obvious signs of confusion and miscommunication on both sides of the ball.

Coach Mike McCarthy is trying to stay optimistic, he told Rob Demovsky, of ESPN.com, “We understand clearly what’s in front of us, so six losses puts your ass against the wall, and that’s where we are.”

You can say that again. Asses are against the wall. One would like to be a fly on that locker room wall, provide us some clarity on the real issues. We can only speculate. However, critics are starting to question whether this team has the strength to withstand the diversity. Changes need to be made, no doubt about that.

I have a feeling Green Bay fans will be looking at a very different Packer team next year, led by their franchise QB. Can you say fire sale?