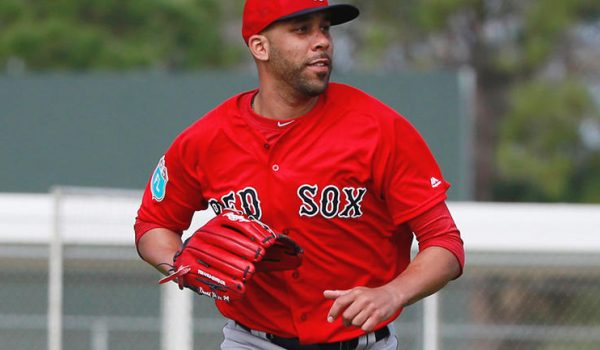 I hate to be a conspiracy theorist,  but indulge me this one time. I believe the Red Sox pitching and catching staff are plagued by the remaining vapors of the Curse of the Bambino that are still in the air at Fenway Park.

I believe Red Sox starting pitcher, David Price, had an injured elbow well before last week’s announcement. Heck, I believe he was injured all of last season. I even think he may have lied about his condition to doctors so he could continue to start. Ask anyone. I said it plenty of times from May through September in 2016.

It is deja vu all over again? Same situation, new player. I am not all that confident that Price will pitch at the beginning of this season, in fact, I do not know whether he will pitch later in the season either. All of this is speculation.

So what DO I know?

One thing I know is that disappointed does not begin to describe the feelings of many Red Sox fans. A week ago we had the best, top three pitchers in a starting rotation. Now, I don’t know what we have.

A second thing I know is that Price’s throwing motion is far from sustainable. He will be done in a few years if he continues with his current mechanics. Change is not easy, but he has to make the adjustment in order to continue to be a starting pitcher in the Majors. Again, let’s go back to last year when Dustin Pedroia pointed that out to him. Price tried but did not seem to be able to sustain the changes Pedroia suggested.

Are the Red Sox still cursed? This question just keeps coming back up time and time again in my mind. The team’s front office goes out and gets the best pitching, has the best of intentions, and then something wonky happens along the way. Yes, I know, it’s human nature. We are dealing with the trifling human body and all, but really the same story in back-to-back to back seasons?  It may be time for me to head up to Salem and talk to some of those wackos wearing pointy hats in their dark, little stores to see what kinds of potions they have for elbows.

Remember catcher, Carson Smith. The same thing happened to him during the 2016 Spring Training. Ouch, my elbow hurts. It is not that bad. Let’s get another opinion. The second opinion says to just rest it. Then a few weeks later Smith has signed on with Dr. James Andrews for Tommy John surgery. The Red Sox’s great hope for a solid, late-inning bullpen arm died. Manager, John Farrell reported to Boston Globe reporter, Pete Abraham that Smith is on schedule to throw bullpen sessions at Spring Training in mid-March. The hope (there’s that word again) is that Smith will be a powerhouse in the second half of the season. His tentative start date is mid-June. The Sox paid him $529,000 to sit on the bench last season.

Price, in stark contrast, will earn $30 million this season.

Christian Vazquez is another great example. Coming into 2015 Spring Training he was the catcher of the future for the Boston Red Sox. He could not hit the ball, yet we forgave him because he had a cannon for an arm and was getting tutored by the Molina family during the off season. Then pop goes the elbow, and off to  Dr. Andrews he went.  Vazquez was out for the entire 2015 season. In 2016, he played in a paltry 26 games at the major league level.

The Red Sox, beginning in 2016, effectively platooned the catching position with Sandy Leon, Ryan Hanigan, and Blake Swihart (not the second coming of Pudge or Carlton Fisk) that they thought he would be, but hey, you can’t win ‘em all at the Foxwoods’ tables). Leon turned out to be quite the hitter and had a career year.

Back to Price, is this year his turn on the Tommy John ‘Wheel of Misfortune?’ We will have to wait and see. April and May seem to be the months of reckoning for afflicted Red Sox players. Grab your rabbit’s feet, head up to Salem, and put on your lucky drawers because we are going to need all the help we can get with Mr. David Price this year.