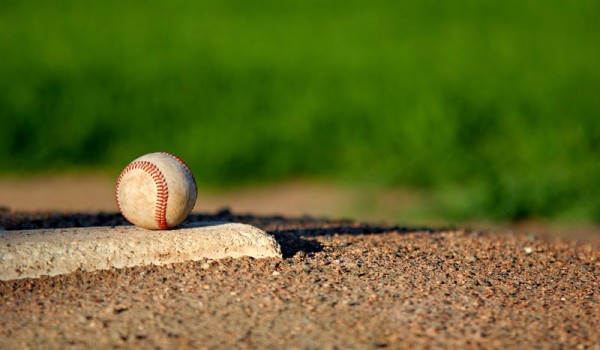 On January 16, 2017, the Society for American Baseball Researchers (SABR) Boston Chapter hosted a group of hardcore baseball fans during their Winter meeting at The Baseball Tavern. Red Sox Historian, Gordon Edes and David Wallace, former pitching coach for the Boston Red Sox during the 2004 curse-breaking, World Series Championship season presented. Other attendees presented on a variety of topics ranging from women, race, art, movies and the national pastime — baseball. It was a very exciting day filled with excellent presentations. My favorite, by a long shot, was hearing David Wallace talk about his experience all over the country as coaching under managers like Tommy LaSorda, Grady Little, Bobby Valentine, Terry Francona, among others. His understanding of the game and analysis of players’ swings and pitching mechanics are unparalleled. His behind-the-scenes stories about Curt Schilling, Hideo Nomo, and Manny Ramirez made for great storytelling and a professional life well lived.

Next up, Gordon Edes shared about the Red Sox upcoming celebrations of the 1967 and 2007 World Series championship teams planned for this season. The 2007 World Series team has received short shrift in the celebration department, but he and the ballclub hope to change that this year. He also took questions from an audience of 20 or so baseball nuts about steroids and their effect on the game, the 2017 Hall of Fame ballot, and front office happenings at Fenway Park.

Then, batting in the three hole, was me! I had the opportunity to share about Martin Luther King Jr., Boston University, and perceptions of race in Boston. The opportunity to speak came from my day job as historian and archivist at Boston University School of Theology Library, where King attended most of his classes while he was s PhD student in the 1950s. He told to Jackie Robinson in 1962 that his work as a civil rights leader would not have been possible had Robinson not integrated major league baseball with the Brooklyn Dodgers. In addition, King credits Larry Doby and Roy Campanella with blazing the trail for the civil rights movement in another quotation, “You’ll never know how easy you and Jackie and Doby and Campy made it for me to do my job by what you did on the baseball field.” Robinson was a supporter of King. African-Americans in the 1950s and 1960s were in two camps. They either backed the more militant style of Malcolm X or the non-violent approach favored by King, which he learned at Boston University.

The original inquiry from the SABR folks came to my Boston University office asking whether there was any evidence of King ever attending games at the University or Fenway Park. Unfortunately, due to King’s quiet nature and busy schedule around Boston and in Alabama, there was no evidence that he attended any games.

King played baseball as a child but stopped when he reached high school because of the race issue. This inability to play baseball lead him to enter a speaking competition, which he won, and as they say, the rest is history. He became one of the United States greatest orators.

Just the fact that King was aware of the baseball players that integrated the game and made a point to mention the impact that they had on him and his work towards equality, was enough for me to deduce that he must have attended some baseball games in Boston.

Rounding out the day, Clayton Trutor presented on the publication of biographies of the Tony Conigliaro Award winners. Bill Nowlin and Trutor edited the book Overcoming Adversity about baseball’s Tony Conigliaro award published this year. You can purchase the book on Amazon or by visiting the SABR website. A different SABR member wrote the biographies that appear in the book. The Tony Conigiliaro award has been given out by the Red Sox to MLB players since 1990 to players that have “overcome obstacles and adversity through the attributes of spirit, determination, and courage.”

Finally, a group of intrepid historians presented on their findings after a trip to Cuba. They met famous players, visited cemeteries where players were buried, and visited ballparks in Cienfuegos and other parts of the Havana. Former minor leaguer, Yoan Moncada played for Cienfuegos before coming to America.

Another tremendous presentation focused on African American women in baseball, while another focused on the arts.

It was heartening to see how baseball can transcend through cultural, regional, and social topics. There is something for everyone at these SABR gatherings. Look for a chapter in your area. The kind people and the sparkling conversation will pleasantly surprise you. Attending this event solidified the notion that baseball is more than a game; it is a way of life.