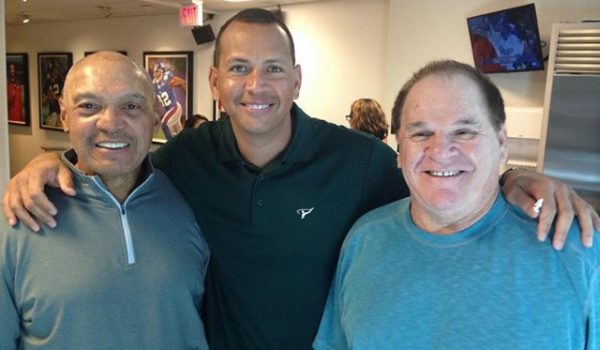 not false or copied; genuine; real

having an origin supported by unquestionable evidence;authenticated; verified

representing one’s true nature or beliefs; true to oneself or to the person identified

entitled to acceptance or belief because of agreement with known facts or experience; reliable; trustworthy

No matter what walk of life you hail from, what career path you have chosen, or who you choose to spend your time with, authenticity is a trait that is cherished and respected. In a time where fake is the new norm in appearance as well as persona, an authentic person can be more powerful and revered than any other.

Divisive ex-ballplayers Alex Rodriguez and Pete Rose have emerged as the unlikely duo taking the broadcast world by storm. The odd couple has brought wit, charm and an abundance of baseball knowledge to the pre- and postgame coverage during the post season. The chemistry between the two is palpable. However, what stands out the most is the authenticity that the two bring to the table. Both men, aside from their individual acts that stand between them and Cooperstown, have great, love, knowledge and passion for the game of baseball.

One of the most talked about issues that fans, analysts and fellow players criticized ARod about throughout his career was his lack of authenticity.  Those that spoke of him would say he appeared, fake and rehearsed, always wanting to say the right thing. Sources spoke of his need to be liked and accepted, which in turn brought about the opposite effect. Yet, all of that seemed to be a thing of the past, the contrived speak seemed to have disappeared the moment he stepped behind the camera on the FOX set. With the astute analysis, light humor and experience he brings to the panel, ARod seems to have found his home appearing comfortable and relaxed.

Now, Pete Rose has never had trouble with authenticity. In fact, it is quite the opposite. What you see is what you get. Maybe he has been a good influence on Rodriguez. Add Hall-of-Fame slugger Frank Thomas to the mix and FOX has struck gold.

“People can tell we’re having fun,” Rose told LA Times Chris Erskine by phone before Thursday’s show, “We’re getting a lot of people who are staying tuned in after the show.”

One wonders how different ARod may have been perceived throughout his career if the same authenticity that he carries during his banter with Rose came to the surface more often. We will never know. Meanwhile, if you are a true lover of baseball, check out the video below. True baseball minds my friend. Enjoy, I know I did.