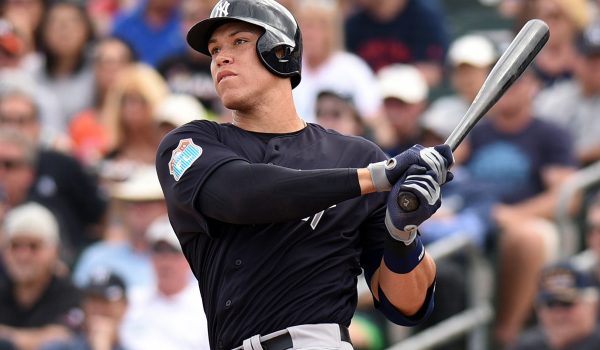 The 14-7 New York Yankees surged to the top of the AL East led by a team that fits the mold of the Yankee dynasty teams of the late 90’s. This is the new look 2017 Yankees, a team with a healthy combination of vets and young talent, combining fundamentals and hot bats to beat the competition.

No flashy names, a decline in absurd contracts (those not named Aroldis Chapman), no giant egos….just a tight group of ballplayers, some young, some older…the quintessential “boys of summer”.

Hal Steinbrenner’s philosophy is much different than that of his father’s. Cutting payroll is the focus. His father was a risk taker, had no problem dishing out money for big contracts if it meant the chance for another championship. In fact, winning a championship every year was the only option, anything else was deemed a failure and heads would roll in the offseason. The Steinbrenner sons, specifically Hal, have adopted their own way to run the show. Cut the payroll. Build the farm system. Hand the reins over to Cashman.

There is no clear-cut system that works. The idea that “money buys championships” is an excuse and cop out to those that are upset their team lost. A healthy combination of veterans and young talent is what it takes to win a championship. A team can look fabulous on paper, yet look like the bad news bears on the field. All the money in the world can buy the best talent. Can money buy chemistry? Can money buy health? Can money build a team that trusts one another? Can money make a team click on all cylinders? The answer is: No.

25-year-old Phenom Aaron Judge is a special player. Players like Judge do not come around often, but when they do it is best to take a step back and observe that you are witnessing a game changer, a future Hall of Famer. Tied with Khris Davis for HR’s in the AL, Judge became the youngest player in Yankee history to 10 HR’s in the month of April. And since he is all about making history, Judge also recorded the hardest hitting home run on record with an exit velocity of 119.38 mph.  Judge stands at 6’7, 282 pounds, despite his physicality, he is agile, smart and disciplined. Moreover, his strength and power put him in a league of his own.

The offseason acquisition of Matt Holliday seems to be paying off. In Friday’s game against Baltimore, the Yankees rallied after being down 9-1 and came back to win in the 10th on Holliday’s 3 run HR. Today, the Yankees scored 12 more runs to lead them past Baltimore again. They are now leading the AL with 36 HR’s and 114 RBI.

Ex-Cubbie Starlin Castro is batting .356 on the season so far. While third baseman Chase Headley is batting .308 with an OBP of .407. In fact, six players are currently batting .300 and above.

From top to bottom of the Yankees lineup every player knows their role. On this Saturday, April 29th, a team that had little expectations going into the season, the New York Yankees find themselves with the best record in baseball.