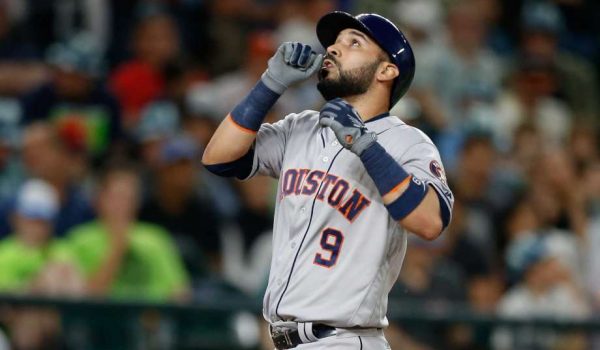 Outside of rostering Judge, Harper, Trout, and Cano, there are plenty of cheaper, under the radar options that have been profitable while maintaining consistency. Here are a few standouts.

Chris Owings: Owings is truly a jack of all trades. Wherever the DBacks need him, he is there, whether he plays outfield, shortstop or second base, although his primary role is at shortstop. Drafted by the Diamondbacks in 2009 out of high school. He made his major league debut in Sept of 2013. He spent some time prowling around the Diamondbacks system, however, it looks like he is here to stay. In 28 games, Owings is batting .311 with 21 RBI’s and 5 HR. His salary has gone up in both DK and Fanduel, he is currently sitting at $4200. Scoring in double-digit fantasy points most nights, he is well worth the roster spot.

Aaron Altherr: The 26-year-old outfielder for the Phillies is fantasy gold. An injury to Kendrick opened the door for Altherr to make an impact. Now, the Phillies are going to have to make a decision when Kenrick is ready to come back to make a home for Aaron, with the way he is playing, there is no other option. Through 21 games, Aaron is hitting .333 with 3 HR, 3 SB, and 11 RBI. He is still relatively cheap sitting at $2900 on Fanduel and $3400 on DK. The German-born slugger should be rostered in all formats while his price remains low.

Cesar Hernandez: Speaking of the Phillies, 2nd baseman Cesar Hernandez is another bright spot for the Phillies. Cesar is batting .336 through 27 games in 2017. He has 10 RBI and 4 HR’s and very much like Altherr, Hernandez has the clutch gene. Cesar sits at $2900 on Fanduel and $3400 on DK, the similarities between he and Altherr keep coming. Through the 2017 season, Hernandez has not put up one goose egg in the point column in fantasy. Roster him if you know what is good for you.

Marwin Gonzalez: The switch-hitting 1st baseman for the Astros has been the teams hottest hitter. The multi-talented athlete has played at every position for the Astros except pitcher and catcher. To say he is valuable to the Astros would be an understatement. In 24 games, Gonzalez is batting .266, with 21 RBI’s and 9 HR’s.  Many critics are wondering if he can possibly stay this hot for the remainder of the season, but why not ride out the hot streak while you can. Marwin is only $3000 on Fanduel and $3300 on DK. The 1st base position has a lot of talent, but while his price is so low, he is worth the roster spot.