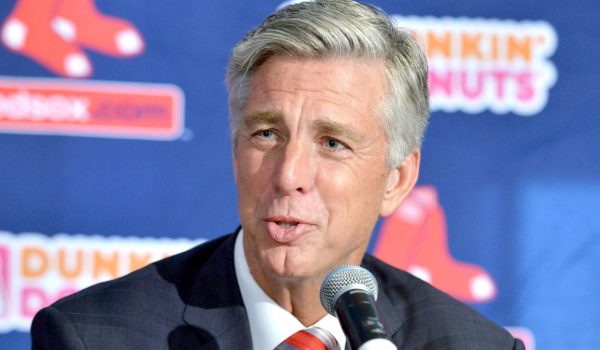 The Red Sox made a flurry of trades on Tuesday including the acquisition of starting pitcher Chris Sale, in return, the White Sox receive prospects Michael Kopech, Yoan Moncada, Luis Basabe, and Victor Diaz.  Sale will be under Red Sox team control for 3 seasons. He will earn $12 million in 2017, $12.5 in 2018, and $13.5 in 2019.

The acquisition of Sale puts the Red Sox starting rotation in place to be one of the stronger ones in the American League East. This may be the move that could help them against the Blue Jays and Baltimore Orioles always formidable offense.

In 2016, Sale boasted a 3.34 ERA over 226.2 innings pitched. He came in fifth place in Cy Young award voting this year and has been considered for the prestigious award for the last five seasons. By the numbers, Sale appears to be a very consistent top performer despite having a rocky second half of the 2016 season. Manager John Farrell would be smart to place him at the top of the order, followed by David Price, Rick Porcello, and Clay Buchholz.

To round out Dombrowski’s big moves at the Winter Meetings, in a multi-player trade the Red Sox acquired right-handed reliever Tyler Thornburg of the Brewers. Boston sent prospects Mauricio Dubon, ranked by soxprospects.com as the 9th most valuable asset in Boston’s farm system, Josh Pennington, who occupied the 27th place in the rankings and third baseman, Travis Shaw, will go to Milwaukee. The door has been left open for Pablo Sandoval to reclaim his place on the field and in the lineup in 2017.

Both the Brewers and the White Sox could have asked for more, but they did not. The Red Sox will keep Andrew Benintendi, Xander Bogaerts, Mookie Betts, and Jackie Bradley Jr. For now, they are still on the team. At the end of the 2016 season, the Red Sox could have used Sale’s edge. Instead, the offense limped along with the pitching to the post-season only to lose to the Cleveland Indians.

Dombrowski clearly wants to win now. To that end, he is known for selling the farm. He has done it again and many are unhappy about it. Fans must realize that Moncada is still years away from being Major League ready. When up with the Boston team last season, his fielding was not crisp and he had trouble with a major league level curveball. The White Sox will give him the needed experience and an opportunity to further develop so he can help them as they rebuild.

The Red Sox are in position to dominate the American League East again. With more depth in the bullpen and the return of Carson Smith, they will hopefully compete deeper into the postseason.