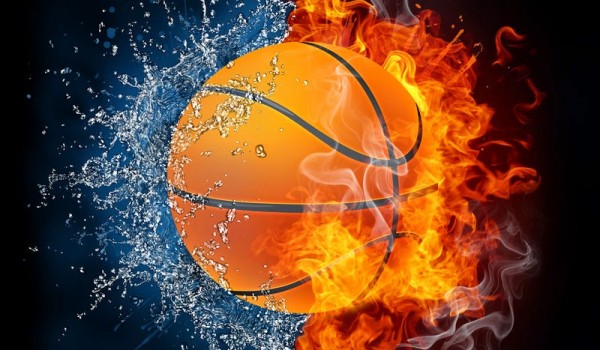 Separating itself from years in the past, this years NBA MVP race is one for the ages. There is no clear cut winner. Basketball hasn’t been this exciting in years, with the level of talent in the NBA exploding throughout the league. Harden, James, Curry, Davis, Westbrook…the MVP race is on.
What makes an MVP?

MVP: – the player judged to be the most important to the sport.

Hmm. Adding to that basic definition, the MVP should be the game changer, the player that has the ability to carry a team on his/her back to a win time and time again. A player that is not selfish, that encompasses the traits that empower his/her teammates to be their best. Someone that encourages and never appears defeated. Let’s break down the candidates:

According to paddypower.com the odds are as follows:

Stephen Curry is averaging 23.4 pts per game, 4.3 rebounds and 7.9 assists. Curry is arguably the best shooter in the NBA. He can hit a shot from anywhere on the court and is cool in pressure situations. He makes playing the game look effortless, with remarkable finesse. His quick release and efficiency make him simply unguardable. Curry is not known for defense, however he more than makes up for it with basketball IQ. On January 7, Curry became the fastest player ever to reach 1,000 career three pointers. In his college years, he was described as modest and unselfish, traits that he undoubtedly carried over when he was drafted by the Golden State Warriors in the 2009 NBA draft. Curry appears to finally be ready to take on the leadership role for the Warriors that is rightfully his. Could this be the year that role helps earn him his first ring?

James Harden has proven to everyone across the league and at home that he is a force to be reckoned with. Once named the NBA Sixth Man of the Year with Oklahoma City, Harden was traded to the Houston Rockets on what will end up being the best move of his career. It didn’t take Harden long to become the face of the franchise. This year Harden is averaging 27.2 per game, with 7 assists and 5.8 rebounds. Harden has a remarkable ability to takeover a game. Known for his Euro step and step-back jumper he leads the league with eight 40-point games this season. He is a dangerous shooter, especially at the 3-point range. Criticized for his lack of defense, he trained in the offseason to improve. The training undeniably helped, Harden’s defense improved immensely. With Dwight Howard out of commission, Harden has kept the Rockets afloat while leading the league in minutes per game.

Lebron James is having an MVP type season. No surprise there, he is no stranger to that, winning 4 MVP awards since his emergence in 2003 taking the world by storm. Love him or hate him, there is no doubt he is arguably one of the best all-around players in the game, if not the best. His career has played out like a soap opera of sorts and the soap opera continued with his return to Cleveland. The season started off shaky, with Lebron’s homecoming, his pairing up with Kyrie Irving and the addition of big man Kevin Love. Despite the rumored friction between Love and James, James has put up his usual stealth numbers. He is averaging 25.9 pts per game, 7.3 assists and 5.8 rebounds. Cleveland has clinched a playoff berth in a weak eastern conference, riding on the back of the King.

Russell Westbrook is benefiting largely from the untimely injuries of another one of the NBA’s finest Kevin Durant, the reigning MVP. Putting that aside, there is no disputing the talent and athleticism of Westbrook. He has hands down been the best player in the game over the last two months. Leadership qualities have emerged, he has been on a triple-double tear and has kept his team in the run for the playoffs. Attacking in transition, he is averaging 25.9 pts, 5.8 rebounds and 7.3 assists. He is aggressive and pounds the basket relentlessly. His defense has improved and he shows no intention of decelerating.

Honorable mention: Anthony Davis. Odds makers give him 100/1 odds to win. I don’t think he has a chance. But, I felt the need to at least mention how incredibly good this kid is. If he can stay healthy the possibilities are endless. With his incredible wingspan and fluid athleticism he is the future of the NBA. His ability to block shots and superb rebounding should not go unnoticed.

My pick: I thought long and hard about this one, nonetheless, I am torn. I think it is going to take more time until it becomes clear. However, I am going to go with my gut and say: Harden.

Who is your pick?