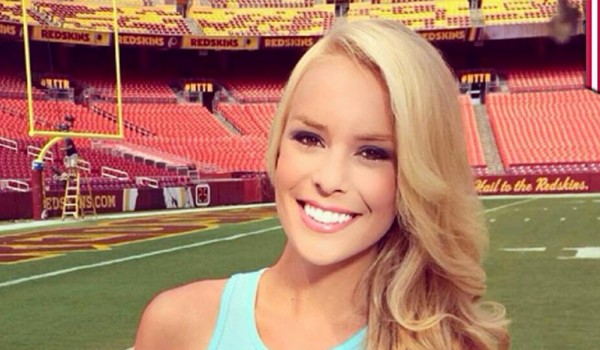 We are living in a time where privacy is limited. At any given time an action carried out or word spoken has the ability to change your world forever. One does not have to be a celebrity anymore to go viral on the internet.  In the case of ESPN sportscaster, Britt McHenry the upload crazy generation got this one right.

A video surfaced on Thursday of Britt McHenry berating a tow truck employee at the Arlington towing company.

Reading the words online were awful enough, but after seeing the video there remains no doubt that Britt McHenry is a woman of very poor character.

“Yep, that’s all you care about, is just taking people’s money,” McHenry said. “With no education, no skillset, just wanted to clarify that. … Do you feel good about your job? So I could be a college dropout and do the same thing? Why, cause I have a brain and you don’t?”

That is just a small portion of the tirade, she goes on to spew other insults at the woman. You can’t hear much on the side of the employee, but one element that is evident from the video, Britt does most of the talking. At one point the employee tells Britt that she is being recorded, as if to warn her, to no avail.

What struck me more than the words that were coming out of her mouth, was the attitude and obvious sense of entitlement.

Let’s face it, tow truck companies are not on anyone’s favorite list of beloved businesses. However, there prevails a simple solution to avoiding tow truck companies all together. Pay your unpaid parking tickets along with reading the signs on the sidewalk before you park. Not rocket science.

McHenry acknowledged the incident on Twitter, shortly after it went viral saying: “In an intense and stressful moment, I allowed my emotions to get the best of me and said some insulting and regrettable things. As frustrated as I was, I should always choose to be respectful and take the high road. I am so sorry for my actions and will learn from this mistake.”

That “apology” appears weak and contrived. She appeared to be in control of her emotions as well as the vile words coming from her mouth. The tirade did not appear to be a heat of the moment rant. There were pauses, time to think about her words, time to think about the situation rationally.

No one is perfect. I have found myself losing my temper a time or two, but never have I said such malicious things to another human being. It speaks volumes of her character. She appears to be a stuck-up, entitled brat that feels as if she deserves special attention.

ESPN suspended McHenry for a week, it was not made clear if that is with or without pay. Though for some that punishment seems to be a slap on the wrist for the Jersey native. When you hold a position such as McHenry does you need to earn the public’s trust and fervor. After this incident, it would be surprising if McHenry is capable of getting that back.

Bad behavior is rewarded in bundles in today’s society, that much is evident by the public’s obsession with reality TV. Nevertheless, there comes a time when a line needs to be drawn.

ESPN needs to fire Britt McHenry. She does not deserve the privilege of being in the homes of hundreds of thousands of people. She should take some time to reevaluate her life as well as work on herself. Quite obvious to everyone, a wake up call is what she needs.