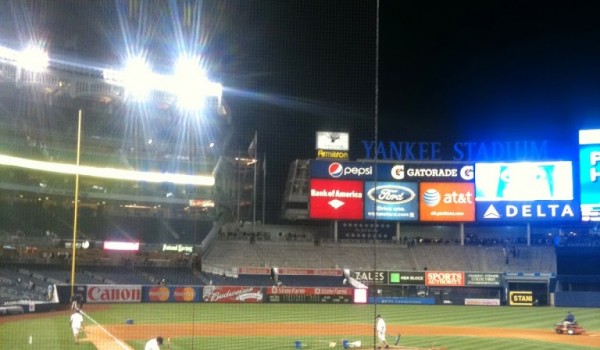 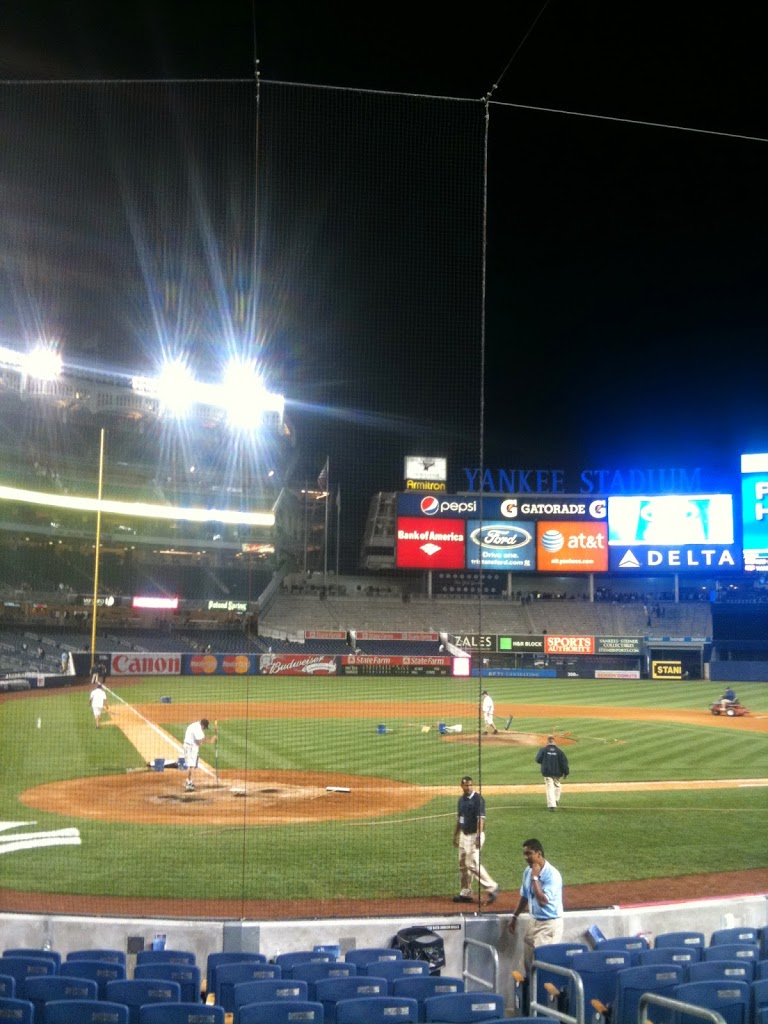 Let’s face it. Short of a World Series win, Alex Rodriguez will be the scapegoat of the Yankees underachieving in 2015.

Fresh off a record suspension, Alex Rodriguez is hoping to get back to being a daily player for the Yankees. Whether he is playing third base, first or DH, he is back to redeem himself in the eyes of the media and Yankee fans. From a recent statement, it seems as if Arod is looking to stay out of the limelight and just get back to work.

The coverage surrounding ARod has always been overblown. At once it was understandable, a record $295 million dollar contract and on track to being the best player to ever play the game. Then came his fall from grace, haters that didn’t already hate him because of jealousy hated him because was revealed to be a cheater. Others criticized his persona and dissected every word that came out of his mouth. The media salivated.

It’s back. Real baseball fans want to focus on baseball, not the ongoing saga of Arod, especially a 39 year old Arod coming off a year off and antecedent to that hip surgery. Expectations are not high for him. At this point, Yankee fans will be elated if he just hits in the clutch once and a while.

As much as the Yankees appear to be unhappy about Arod’s return, they are seemingly quite thankful. Of course, the Yankees don’t want to pay him anymore. They certainly don’t want to pay him for his upcoming record breaking incentives. Nevertheless, Arod is a welcome distraction to the weak offseason and endless holes they have not filled heading into the 2015 season.

We all know by now Hal and Hank are not their father. There was only one George Steinbrenner. Love him or hate him, he had passion and he wanted to win. He did whatever it took to put a “winning” team on the field, he was rarely outbid and at once had a hearty farm system chock full of prospects. The 2015 Yankees are a far cry from a vintage George team. Let’s face it, there hasn’t been much trepidation about a Yankee team in quite sometime.

With a team full of veterans one tweak away from the DL, the rotation does not fair much better.
Phenom Masahiro Tanaka is in the middle of his prime, previously he logged 1,315 innings with the Rakuten Golden Eagles. He is only 26, but talks of Tommy John surgery were all the buzz last year, it seems to be inevitable. All eyes are on him. A slight grimace on his face will have thousands of fans holding their breath. Fans should not be surprised if the Yankees go for a second round with “The Joba Rules”.

C.C. Sabathia packed on the pounds in this offseason, a stark difference from this time last year when Sabathia showed up to camp svelte and runway ready. He made just eight starts last season. He told the media he lost weight to take the pressure off his balky knee. But, according to him being thin messed with his mechanics. So needless to say, anything he can contribute this year will be an improvement. Once an ace, he is swiftly making his way down the rotation.

Michael Pineda showed plenty of promise before the pine tar incident, it all seemed to go downhill from there. With a dazzling fastball/chanegup/slider combination he has the potential to be an ace if he can stay off the DL for an entire season.  With a back end of the rotation that consists of Nova, Capuano and Eovaldi, one can hold their breath and just wait and see.

The lineup is a whole other story. Teixeira must be thanking his lucky stars to have ARod as a teammate. It takes the heat off the fact that he is one of the worst signings the Yankees have had in the Steinbrenner era. His impeccable defensive skills aside, his offense has been nothing to brag about. His postseason struggles are ongoing, and rival Arod’s postseason stats, not the greatest issue to have when you are playing for the New York Yankees. When he’s not struggling offensively, he is on the DL. Like ARod, he has been known to hit home runs. Home runs are great, but if you are not driving in runs in the clutch and stepping up in the postseason you are not living up to your $180 million dollar contract. Right now, I think Yankee fans will just be thrilled if he stays on the field for an entire season.

Brian McCann landed in the Bronx after spending eight years with the Braves. He has certainly not adjusted. There are questions as to whether or not he can handle the pressure of being in NY. He batted .232 last season with 75 RBI’s, his .286 on base percentage was the worst of his career.  Has he adjusted to being a Yankee? Will 2015 be his year?

Ellsbury and Gardner are a bright spot. A fusion of speed and small ball, vintage Yankees. Headley is consistent, being traded to the Yankees from the Padres was a good change of scenery for him. His numbers improved significantly, only time will tell if that momentum carries on into 2015.

Didi Gregorious is replacing Derek Jeter. Short of being perfect, there will be criticism. Any shortstop replacing Jeter would deal with a heavy workload. Hopefully, Didi can handle the pressure and just play his game, no use trying to live up to the delusional expectations of those who wanted to see Jeter play till he hit 70.

Beltran and Drew are both on the decline. Drew hit .162 in 85 games with the Red Sox and Yankees in 2014. Once again, anything can be an upgrade from last year. Beltran, once a top tier player still has glimpses of greatness, but nothing lasting. Beltran hit .233 with a measly 15 home runs in 2014.