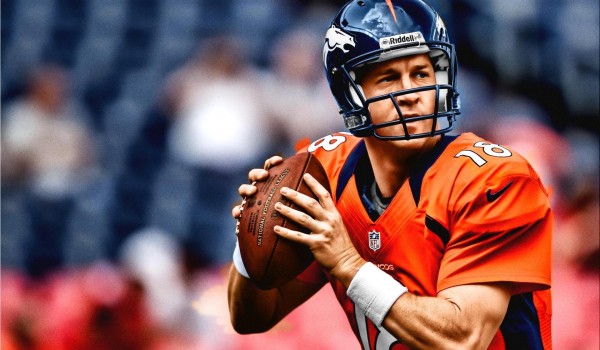 All across the country, teams, athletes and their fans have expressed their sympathy, anger and support for Paris in this time of tragedy. Even as games continue to go on, your mind cannot put aside your thoughts of compassion and empathy for those directly affected from the attacks. The terrorists are cowards and thugs. More importantly, the victims will never be forgotten.

This week in sports, two NFL teams remain unbeaten, one of the greatest QB of all-time plays in what may be one of the worst games of his career, the defending NBA champs silence their critics, and the best UFC in the world is taken down in commanding fashion.

The Carolina Panthers and New England Patriots remain the only 2 teams in the NFL unbeaten. The Patriots barely snuck by their rival New York Giants and solidified a win on the shoulders of the best kicker in the league, Stephen Gostkowski. WR Julian Edelman left the game in the second quarter and was later diagnosed with the same injury that Dez Bryant suffered from, a broken bone in his foot that will keep him out 6-8 weeks. A crushing blow to a Patriots offense that lost RB Dion Lewis just one week before. The Patriots will find a way to pull through, they always do. Role players will step up, calls will go their way and they will remain undefeated. The upcoming matchup against the Bills should have it’s usual dramatic flair, Rex Ryan, who has made it his life’s mission to beat the Patriots, will guarantee a win, and as usual won’t back it up.

The Carolina Panthers dominate play behind head coach Ron Rivera was overshadowed this week by Cam Newton’s touchdown dance. Titans linebacker Avery Williamson was upset by Newton’s TD dance, in which Newton responded later by saying; “I’m a firm believer if you don’t like it, keep me out (of the end zone).” Bravo to that. There are more important things to take away from the Panthers win, than a sore loser offended by a touchdown dance. Give me a break. Glancing at the Panthers upcoming schedule, they can very well stay undefeated. The Panthers are not leading statistical categories, but they are finding ways to win, and win is what they have been doing handily.

The Denver Broncos lost to the now 4-4 Kansas City Chiefs at home in a game where Peyton Manning was benched only after he became the all-time passing leader. In what was an awful game for the one time great, Manning threw 4 interceptions and completed just five passes. Backup QB Brock Osweiler took over for Manning and didn’t fair much better. Manning was later diagnosed with having a torn plantar fascia in his left foot. Although sources say he has had that injury for we, it still does not bode well for the QB who has rarely looked like himself this whole season. It is hard not to root for Manning, one of the most likable players in the game with the impressive resume to match. However, many are holding the breath on what to expect next from the veteran.

For those of you that doubted the legitimacy of the Golden State Warriors even after their championship win, you can stop speaking now. This Warriors team has more than answered critics. Led by the best player in the NBA, Stephen Curry, the Warriors have embarrassed opponents, their defense as formidable as their offense. Even on a “cold” night for Curry, which is most players great nights, the Warriors have found a way to win. Right now, there are no signs of them slowing down. Fasten your seat belt, the Warriors are riding this out to the end, another ring not so far off in the distance.

In a fight that had UFC fans shell-shocked for days, the pound-for-pound best female MMA fighter in the world was handed a crushing blow when she was pulverized by contender, former professional boxer and kickboxer Holly Holm. From the start, Holm was in command, her team prepared her for Rousey’s signature moves, allowing Holm to bring her tactics to the forefront. Rousey was a fantasy matahcup for Holm and her style of fighting. Rousey charged full speed ahead, where Holm was matching her rush with her fist, causing a greater impact. Rousey was thrown off guard, could not get into a rhythm, and had little control. Holm was balanced, she brought her strengths and kept Rousey from bringing hers. Unsure why Rousey wasn’t prepared for the style of fight that Holm brought to the ring. It is obvious, that Holm’s team dissected Rousey, allowing Holm to bring her A game and land devasting blows to Rousey and knocking her off her pedastal. Rousey will bounce back from this, no doubt stronger, her competitive nature wouldn’t allow her not to. A rematch is inevitable. Could Holm be her achilles heel? Can Rousey win a rematch?