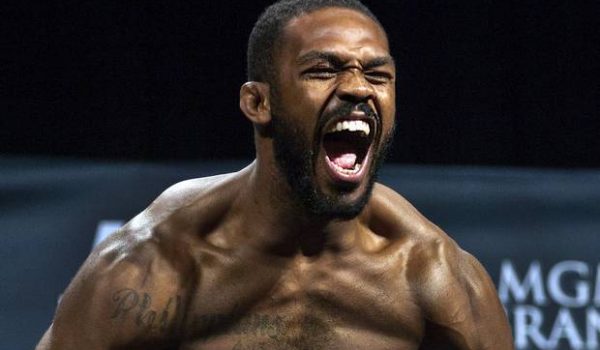 Does Jon Jones have nine lives? When will he reach his limit? We live in a country of second and third chances, but this is getting obnoxious. In what may have been a defining moment in his career, Jon Jones was disqualified from stepping in the ring at UFC 200 to face rival Daniel Cormier due to violating USADA’s anti-doping policy.

No stranger to controversy, Jones has failed a drug test once before, prior to UFC 182, benzoylecgonine was found in his system (cocaine). Jones entered rehab for one night when the news became public. He was arrested for DUI in 2012 when he drove his Bentley into a pole in New York. Then just last year an arrest warrant was issued for Jones when he was accused of a hit-and-run leaving the scene of an accident in which an injured pregnant woman was left behind in another vehicle.

The 6’4 Light Heavyweight is widely considered one of the best MMA fighters of all time. With a record of 22-1, with that only loss coming by disqualification, Bones had the opportunity to get back to dominance with a win over Cormier. Instead, he is on the outside looking in as Dana White scrambled to find another opponent for Cormier with only 2 days left.

UFC 200 was on the path to be one of the best tickets of all time. The highly anticipated return of UFC/WWE legend Brock Lesnar takes center stage when he returns to the ring to fight Mark Hunt. Also on the Main Card:

A very emotional Daniel Cormier was noticeably upset about the news that Jones tested positive. Cormier even offered to sign a waiver to fight him in spite of the positive test. This isn’t just a payday for DC, he has something to prove. There is certainly no love lost between Cormier and Jones. This had all the makings to be one of the best fights of all time.

Again, I wonder when Jones will come to his senses. Irresponsible decision after irresponsible decision, he just can’t seem to keep it together. Just a day before Jones commented on his sobriety during a press conference, guess he just figured out he doesn’t have superhuman ability to mask a drug test. Still, I don’t think Jones will run out of chances, this isn’t the NFL where a team can bring in a player that could replace the player, maybe even an upgrade. UFC banks on its superstars. Jones is one of those superstars, there is no clone of him out there.

On Thursday, Jones apologized to fans and Cormier,

“I want to first start by apologizing to all of the fans who came out and supported me for UFC 200, and obviously the UFC and the Fertittas for not being able to perform,” Jones said Thursday. “I know they spent a lot to promote this event. Daniel Cormier, I want to apologize to Daniel Cormier. I know that this fight means a lot to him. The fight means a lot to me and the fight is not happening. So I just want to apologize everyone sincerely.”

Anderson Silva was announced as the new opponent for Cormier. DC got his fight, albeit not the one he was hoping for, still this new matchup will surely not disappoint. Meanwhile, Jones will be on the outside looking in, wondering when his next opportunity will come. If the second test comes back positive, Jones may face a two-year suspension. However, no matter what the results are, look for an orchestrated publicity move to show how apologetic Jones is to set the path to his return…once again.
UFC..Never a dull moment.