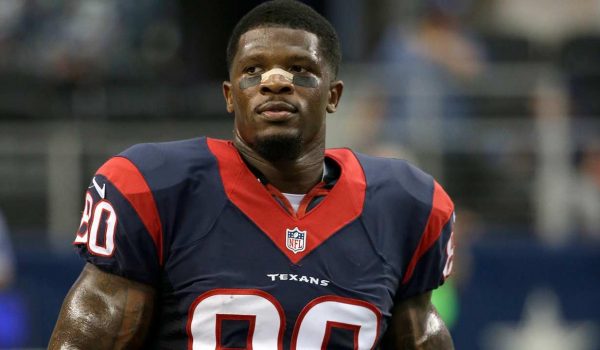 Andre Johnson is working hard hoping that another NFL team will give him a chance.

Johnson was cut by the Indianapolis Colts early in the offseason. He played all 16 games, but only managed 41 catches for 503 yards and four touchdowns.

The future Hall of Famer turns 35 Monday and with 26 more receptions, he will pass Terrell Owens and Reggie Wayne into the sixth place of all time receptions.

Andre Johnson has no plans to retire. He has been working out with Rischad Whitfield in Houston.

“That hasn’t changed,” Johnson said in April. “I’m just training right now and just waiting for an opportunity. When that comes I’ll take advantage of it.”