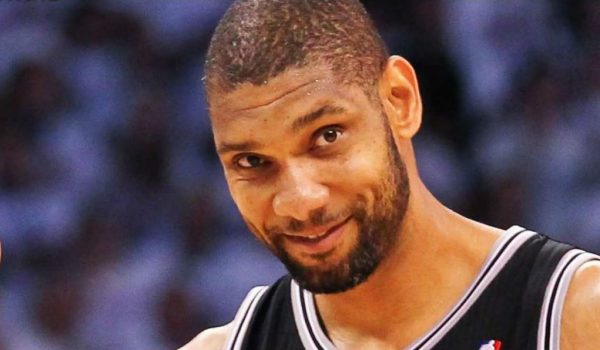 All-Star break is over, the second half of the season has begun. Baseball is back in full swing, but very little has been quiet in the rest of the sports world. Deflategate has finally come to an end. Tim Duncan decides to call it quits after an illustrious 19-year career. And NBA fans everywhere are on the edge of their seats wondering what else may emerge on the trade front this summer.

After 18 months, New England Patriots QB, Tom Brady has decided to not pursue further legal action to have his 4 game suspension vacated. Patriots fans, of course, are annoyed and disgusted at the Deflategate debacle. Football fans outside of Patriot nation have mixed feelings. Regardless, of our views on Deflategate or on Goodell’s dictator-like approach to being the commissioner, the verdict has been laid down. Garoppolo will be the QB at the helm for the Patriots first 4 games. Everyone has their opinion. Mine, let’s move on. However, I won’t become a member of the Goodell fan club anytime soon, unethical and lacking consistency I find are the best words to describe him.

After 19 years in the NBA, legendary PF Tim Duncan retired on July 11th slamming the door on speculation on whether he would return for the 2016-17 season. No retirement tour, no fanfare, just a reticent goodbye. Watching Duncan’s legendary career and the way he carried himself, one should not be surprised at the way he announced his retirement. He never tried to be bigger than the game, even though his stats show that he most definitely was. Averaging 19.0 pts a game with 10.8 rebounds, Duncan was a 15X All-Star, 5X champion and 3X NBA finals MVP. Once a competitive swimmer, Duncan was the all around package, but was known for his defense, specifically as an interior defender. Duncan, who is 5th all-time on the NBA’s block list was a gentle giant. Duncan said in an interview after announcing his retirement, “It’s been fun. The next chapter will be fun, too. I really enjoyed the ride. I really enjoyed the cheers and the laughs and the highlights and the lowlights, everything that comes with that package. … No better way to put it than, ‘Thank you.”

The famous relationship between Duncan and Spurs coach Popovich will go down as one of the greatest coach-player relationships of all time. An emotional Popovich uncharacteristically opened up about Duncan at a retirement gathering that Duncan himself had not shown up for.

“I’m trying to wrap my head around why I’m standing here and he’s not. And we all know why. It’s not Tim Duncan. We’ve been saying it for 19 years and he really only cared about doing the best job he could basketball-wise and being who he was for his teammates and being somebody who loved his family. That’s really who he is…….he is the most real, consistent, true person I have ever met in my life. He was so genuine, it blows your mind……And he led by example. He had a vision. Everybody bought into his vision. He was accepting. He was not judgmental of people.”

Tim Duncan is one of the All-Time Greats, not only as a baller but as a leader and visionary. He went out with the same class he carried throughout his long career, taking with him the respect of the league, those he played with and fans everywhere.

Now, NBA fans sit and ponder on whether or not Westbrook or Griffin will end up in Celtic green. Rumors have been swirling all week, yet no moves yet. Should be an intriguing couple of weeks regardless if you are a Celtic fan or hater. On the plus side, between Duncan’s retirement and the anticipation of a Westbrook trade, we have gone 5 minutes without discussing Durant, which frankly, I’m sick of. Durant made his choice, move on.

Ending my wrap up with a comment on Brock Lesnar testing positive for a banned substance. The UFC waived a rule that requires retired fighters to inform the USADA on their return at least four months out to be placed in the drug testing pool. The UFC should not be surprised or place blame, they were in a rush to get him in the octagon. Still, the real question here is: Who is really surprised by this?