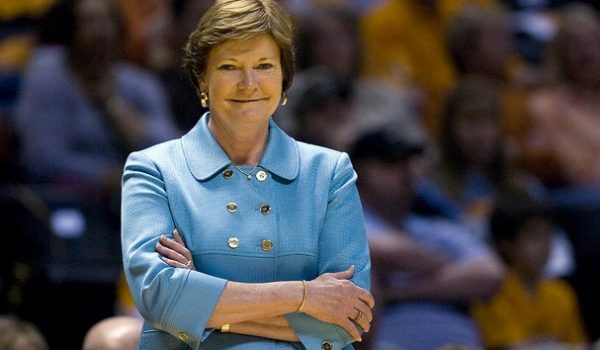 The death of Pat Summitt, pioneering Tennessee Women’s Basketball coach, hit me hard. Honestly, I do not know why. I’m a casual fan of women’s college hoops. I prefer men’s basketball. And the only time I watch is during March Madness. So why was it that this death felt like such a gut punch?

She paved the way for women in her chosen sport. Title IX legislation was not enough, the world needed to see successful, persistent, women go to work in all sports. It was not enough for girls and women to be told that they could participate in all the activities men did at the collegiate and high school level. No.  Summitt had to do, she had to show that with a little talent, and loads of determination, anything was possible.

Summitt did just that for women’s basketball. She encouraged and inspired over 25 individuals, mostly women, to go into coaching. Arguably Mia Hamm was a similar force for the game of soccer and, of course, Billie Jean King for tennis. One year after title IX was signed into law, King beats Bobby Riggs in the famous “Battle of the Sexes” match on September 20, 1973, in Houston, Texas. Each woman and countless others in their own right set off a domino effect in the annals of sports history.

If it were not for them, I may have never picked up a tennis racquet, played softball, nor even attempted a free throw. I certainly would not be writing this article had Summitt not been a part of the history of women in sports.

This was why I was so saddened by her death. A big part of my life would never been found. I would not have learned what it is to win or lose, to be part of a team, nor enjoy a number of pastimes that distract me from what has been an intense life.

Also, Summitt was taken down by  Alzheimer’s. Her strong mind and body was trapped by a horrible, degenerative disease. The loss of control must have been devastating.

I learned of Summitt’s diagnosis from a documentary or a magazine-style news piece that aired in 2012, a year after she stepped down as Head Coach of the Tennessee women’s basketball team. The same year she earned an ESPY award from ESPN for her spectacular success on the court, as a pioneer, and a tremendous inspiration to so many women around the country. Summitt holds the record for most wins in NCAA basketball history with 1,098 during her career.  With those numbers, she even earned the respect of the likes of men’s basketball coach, Bobby Knight, and many others.

Summitt died on June 28, 2016. She was 64 years old. She never had the opportunity to look back at all she had accomplished for women in sports. She will never read the words, many written this week, of those whom she influenced. She never enjoyed a long, pleasant retirement. But like the brightest of stars, Summitt hustled and hurried to make a difference before the light dimmed, fading to black. Her legacy is simply stated, but difficult to execute: find something that you are passionate about, work hard to become skilled at it, be mentally tough, learn from your mistakes, and above all, never give up.

Thank you, Pat. Thank you.