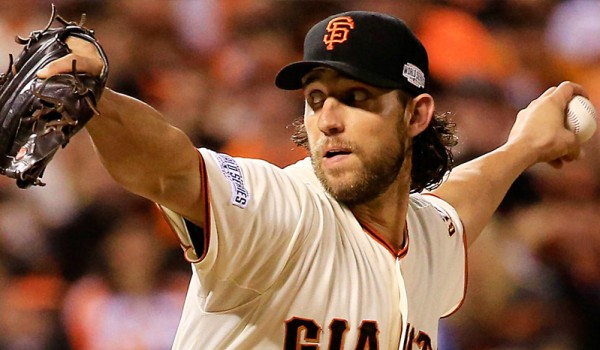 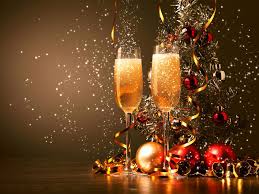 On this first day of 2015, I reflect on 2014 and what was quite an interesting year. Like every year, 2014 had it’s ups and downs, but boring it was definitely not. Today, I look back on what I consider the most memorable sports moments in 2014.

In no particular order, here are my top ten:

There were two major catalysts that made this series a memorable one to me. Number one was the remarkable run of the underdog Kansas City Royals. A team that pushed their way to that fateful series in October with great defense, timely hitting, and solid pitching. There was no mistaking the heart and chemistry that permeated from this team. They revived a city starved for a championship and gave them hope. Even though the 2014 Royals did not take home the hardware, they are a team that will not be forgotten.
Brings me to the second catalyst, the 6’5, 235 pound lefty Madison Bumgarner. On two days rest, Bumgarner strolled out onto the mound to pitch five scoreless innings of relief to put an end to the dream of the Kansas City Royals. Bumgarner pitched seven innings of one- run ball in Game 1, followed by a four-hit shut out in Game 5. He won the 2014 World Series MVP, finishing with an exceptional ERA of .043. One word: Dominant.

New Jersey native, Tim Howard introduced himself to the world during the 2014 World Cup in Brazil. The U.S. goalkeeper broke the record for most saves in a World Cup match with 15. Even though the U.S lost that match 2-1 to Belgium after extra time, Howard’s performance left a lasting impression on Americans for years to come.

Nothing like being subjected to the racist, ignorant ramblings of an NBA owner. For months, new tapes surfaced provided by his mistress, each tape more revolting then the next. Pretty sad to know we live in a society where private phone calls are recorded, it is even sadder to hear the vile comments that spewed from Sterling’s month. In his first year as the NBA commissioner, Adam Silver proved to the sports world that he is the right man for the job. Sterling was ultimately forced to sell the team. After all of the drama, the LA Clippers are now a stronger franchise and the sports world can now breathe a sigh of relief that Sterling is no longer in the picture.

Why is 50 Cent in my top ten most memorable moments? If you didn’t see the ceremonial first pitch that 50 cent threw out on May 27th at the Mets game at CITI field, you are missing out my friend. No words can really express it, except for pure comic relief.

Odell Beckham has been incredible in the last few weeks of the season. With precision, the 1st round pick out of LSU has 7 TD’s in the last 4 weeks of the season with 606 yds. Excited to see the explosive combo he will make up with Victor Cruz next year. Back to the matter at hand, Beckham has become a recent favorite on top plays. Nothing compared to the one-handed catch Beckham made in week 12. Suspended through the air, Beckham ripped the ball out of the air with three fingers to become possibly the best catch ever. Twitter exploded with comments from fans and fellow athletes:

“INCREDIBLE!!! to that Grab,” former Cowboys receiver and hall-of-famer Michael Irvin said on Twitter. “Simply one of the greatest grabs in a game I have ever seen. WOW.”

With all of the negative stories in sports this year, it is refreshing to see a man who defines class on and off the court. In a highly poignant speech, Durant became emotional several times during the speech. He thanked each one of his teammates and coaches, and recanted personal stories of their relationships. There was barely a dry eye in the place when he addressed his mother, Wanda Pratt and thanked her for being “the real MVP.” There were video montages of his charity work as well. It is clearly evident that Kevin Durant is the model athlete every child should look up to.

The Spurs celebrated their 5th championship since 1999 when they handily took down the Miami Heat 4-1. The Tim Duncan, Popovich era started in 1997. They have set the standard for an organization that does things the right way. Popovich has an unconventional way of coaching and keeps the media at bay, but there is no doubt that his formula works. Giving his veterans the rest that they need to get them ready for the postseason has kept this team young. Tim Duncan is on the cusp of playing his 18th year in the NBA, and he doesn’t seem to be slowing down any time soon. Never flashy and sometimes they fly under the radar, but they have shown time and time again they cannot be underestimated.

Quite the year of revelation, but when the chips are down you can really see the character of an individual. This year, on the cusp of the Ray Rice and Adrian Peterson scandals, Goodell handled it in the poorest way possible. Seemingly not well liked around the league, Goodell has been criticized by players around the league, media and fans. He was caught in numerous lies and contradictory statements. He is human, he is entitled to make mistakes, but his way of handling those mistakes is what will cement his legacy. It is not looking rosy so far.

What else can be said about a defense that made the Broncos look like a high school team on the biggest stage in the world. The old saying that defense wins championships held true in this case. The Broncos offense set regular-season records, but those offensive numbers didn’t show up on Superbowl Sunday. The Seahawks pummeled the Broncos 43-8.

Alec Martinez reached legend status after he took over the game in overtime in Game 7 of the Western Conference Finals only to do it again in Game 5 in the second overtime against the Rangers. The LA Kings went on to win their second Stanley Cup in three years. There was nothing dull about the Stanley Cup finals this year. Kings-Rangers was a dream matchup, but there could only be one winner. The Kings showed the grit and determination that has earned them the respect as one of the top teams in the NHL.
Happy New Year! Hope all of your dreams and aspirations come true in 2015!