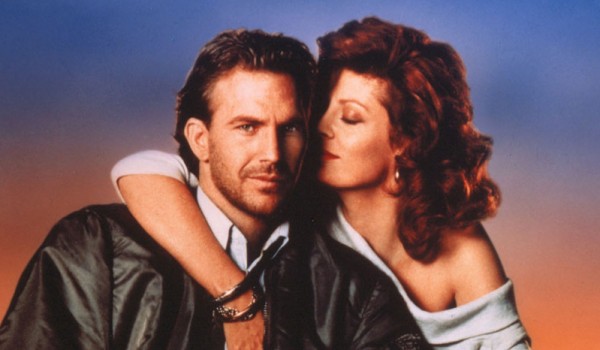 In less than a week the Patriots and Seahawks will go toe-to-toe in the desert in Superbowl 49. There has been much drama surrounding the teams this week. Deflategate has taken over the headlines, haters and fanboys have been taking to twitter to express their opinions on the matter. The NFL has largely stood silent, nothing is expected to go down until after the big game. Seahawks cornerback, Richard Sherman, who always has an opinion to share, expressed his thoughts on deflategate, while Marshawn Lynch poked and prodded at the NFL during media day.

All of the drama does not come as much of a surprise considering the year the NFL has had. Much as there has been a black eye on MLB in the most recent past due to steroids, the NFL has taken over the reins on the scandal front. Gone are the days of focus being on the actual game. That brings me to my post. A welcome distraction to the soap opera of the NFL. With roughly 30 days until the “boys of summer” begin spring training, I am compelled to touch on my favorite baseball movies of all time.

1. Bull Durham
This 1988 film starring Kevin Costner and Susan Sarandon centers around a minor league team in Durham, North Carolina. Combining two of my favorite things, love and baseball, this film captured the hearts of many grossing over $50 million dollars, significantly above it’s $9 million dollar budget. Kevin Costner plays Crash Davis, a veteran minor league catcher that has been told to mentor emerging flame ball thrower Ebby LaLoosh “Nuke“, played by Tim Robbins. Susan Sarandon plays Annie Savoy, a baseball groupie that chooses one player every year to “educate” on lessons on love and the game. Annie soon finds herself embroiled in a love triangle with both men, only to find out that she and Crash were more alike than they initially thought. While the film has an unrealistic approach to romance, its baseball IQ is not lacking. Memorable quotes, witty banter and traditional baseball philosophy make this a must see and my number one on the list.

“Well, I believe in the soul…. the small of a woman’s back, the hanging curve ball, high fiber, good scotch, that the novels of Susan Sontag are self-indulgent, overrated crap. I believe Lee Harvey Oswald acted alone. I believe there ought to be a constitutional amendment outlawing Astroturf and the designated hitter. I believe in the sweet spot, soft-core pornography, opening your presents Christmas morning rather than Christmas Eve and I believe in long, slow, deep, soft, wet kisses that last three days.” Crash Davis

2. Field of Dreams
As if the name doesn’t say it all, this 1989 film, also stars Kevin Costner. Fresh off the success of Bull Durham, Kevin Costner portrays Ray Kinsella, a farmer from Iowa who had a strained relationship with his father, who was a lover of baseball. Walking through his cornfield, Ray hears a voice that prompts him to build a baseball diamond in the field. His wife, Annie is skeptical of his vision, but Ray goes along with the plans anyway. This is a film about family, conviction and baseball. This film draws you in, convinces you to use your imagination and invites you to have faith. Follow your heart and it will lead you down the right path. Ray interacts with iconic baseball figures and ultimately connects with his father. The classic baseball film.

3. The Natural
This 1984 baseball drama starred Robert Redford as middle-aged baseball player Roy Hobbs. The Natural, Bernard Malamud’s first published novel, was nominated for four Academy Awards and received critical acclaim. The movie centered around a talented young ballplayer whose promising career is cut short when a woman lures him to her hotel room and shoots him before killing herself. Years later, the 35-year old gets a second chance when he is signed to a contract with The New York Knights. The owner of the team conducts some shady business to retrieve the share that the team manager, Pop Fisher (Wilford Brimley) owns, even resorting to bribing players to throw the game. Roy’s career is revitalized and he keeps the team in a race to the pennant. A bad luck charm named Memo, played by Kim Basinger puts Roy in a slump . But, that slump does not last long when a visit from his childhood sweetheart Iris (Glenn Close) and her son sets him on the right path. In true fairy tale fashion, the boy ends up being Roy’s son and he gets the walk off hit winning them the pennant. If you are looking for a realistic baseball movie, this is not it. Complete with the white glow surrounding Iris as she rises in the stands, this movie is what fairy tales are made of, this is just the baseball lover version.

“We have two lives… the life we learn with and the life we live after that. Suffering is what brings us towards happiness.”


4. Major League
Who can forget this predictable classic? This 1989 comedy stars Charlie Sheen as “Wild Thing” Ricky Vaughn, who leads an eccentric group of misfits to a one-game playoff to clinch the division. Each player has their own issues that is just elevated by the teams owner Rachel Phelps, who wants to move the team to Miami. In order to do that she must reduce the stadium’s attendance rates in Cleveland. She does everything in her power to put a bad team on the field, demoralize them and even take away their luxuries. She fails miserably, proving that a team’s heart and chemistry can not be taken away from them from outside threats. If you are looking for a meaningful, dramatic story, this is not the movie for you. If you love underdogs, colorful characters and great one liners look to Major League.

5. For Love of the Game
Yet another fine baseball movie starring Kevin Costner. This 1999 drama is based on a novel of the same title by Michael Shaara. Costner plays 40-year-old pitcher Billy Chapel, an accomplished pitcher for the Detroit Tigers who is at the tail end of his career. Chapel’s on-again, off-again relationship with Jane Aubrey played by Kelly Preston is strained because of his lack of commitment. In what could be his last time on the mound, Chapel blocks out the crowd and through flashbacks reflects on Jane and how they first met. He takes in the atmosphere, breathing it in and feeling the energy of a game that has been his life, love and his passion. Distracted by his thoughts, it is not until the bottom of the eight inning that Chapel realizes that he is pitching a perfect game. Sitting in the dugout, he reflects on his love for baseball and the love of his life, Jane. He autographs a baseball for the Tigers owner Gary Wheeler (Brian Cox) and on it he writes that he will retire “for love of the game”. Billy takes to the mound for the final outs and is perfection. Jane watches every pitch from an airport TV. He heads to the airport to catch Jane, who is about to take a job in London. They embrace and Billy finally offers her the commitment she yearned for. I enjoyed the love story between Jane and Billy. But, the love story was secondary to me. The scenes of Chapel on the mound reflecting, blocking out the crowd and the running monologue in which he dissects the hitters was captivating. Every fan wishes to see a perfect game, every pitcher wishes to throw one. Billy Chapel showed us perfection.

“The cathedral that is Yankee Stadium belongs to a Chapel.”Vin Scully