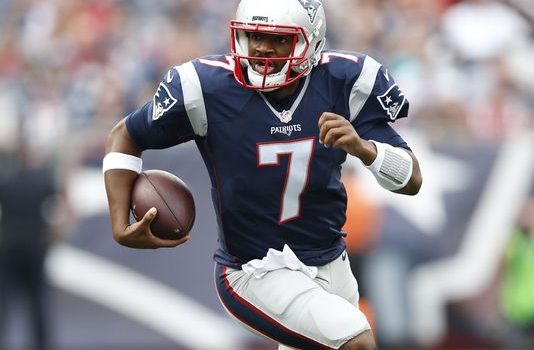 The New England Patriots embarrassed the Houston Texans Thursday night  by beating them 27-0 with their third string quarterback Jacoby Brissett.

Brissett completed 11 of 19 passes for 104 yards,He also had 48 rushing yards including a 27-yard touchdown run.

Rob Gronkowski made his season debut playing only 14 snaps and three in the second half.

On the Texans Offense side, Brock Osweiler finished with just 196 yards and an interception, that’s Osweiler’s fourth INT in three games, he was also sacked twice.

Osweiler: “Certainly this is not how we wanted the football game to go. This is hard to take. We will bounce back from this one.”

Houston special team turned over the ball twice on a fumbled kickoff return.

O’Brien: “It was a tough night for Houston, but I believe in this team and we will rebound “It’s early in the season. There are a lot of games left. Give all the credit to New England. They did a nice job tonight.”

Hopefully, the Texans can bounce back with a win October 2 at NRG Stadium against the Tennessee Titans.