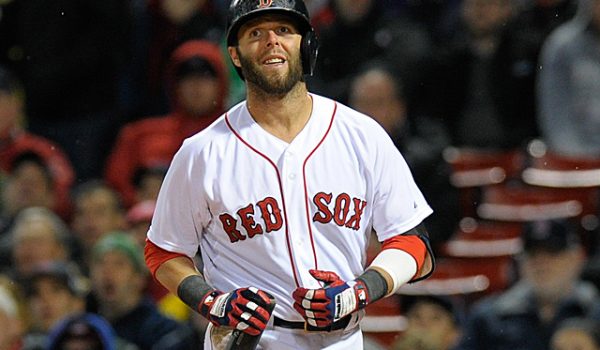 The last four games of the Red Sox regular season were an embarrassment. Boston limped across the finish line, clinching the division and losing to the New York Yankees all in the span of approximately 10 minutes. It was the most uncomfortable baseball game I have ever watched. Then, the Sox went on to lose the final three games of the season against the Toronto Blue Jays. Now, despite winning the division 93-69, the Boston Red Sox face the equally gritty Cleveland Indians in the American League Division Series.

The two teams have very similar records, but the pieces of each team were put together very differently. Cleveland dominated the Central Division for most of the season and surged through the final games, winning the three-game series against the Kansas City Royals. They played hard, had a strong bullpen, and lively bats that placed more emphasis on scoring runs than hitting flashy home runs. The team batting averages tell this story. Many in the lineup are in the high .200s or .300s.

On the defensive end, Cleveland has what Boston so desperately needs: a solid bullpen. Andrew Miller, a former Boston Red Sox, has surged this year for both teams he played for, the New York Yankees and the Indians. His record is 10-1. When in Boston he was not getting the job done, however, you could tell Miller was either on the cusp of greatness or failure with his hard-throwing style. He worked hard and turned himself around.

Meanwhile, Boston has (allegedly) the best offense in baseball. The team was either super hot, surging past their opponents or edging back enough to get the win. There was no in-between, no “steady as she goes,” which Cleveland has. David Ortiz, Mookie Betts, Xander Bogaerts, and Hanley Ramirez have met and exceeded the expectations. Ramirez certainly earned his hefty paycheck this year with 300 home runs and a career-high 111 RBIs in the regular season. Two others, Ortiz and Betts, had over 30 home runs during the season. three of them hit 30 or more. Ortiz hit 38 in his final year with the Red Sox. Even the bottom of the order has produced. Jackie Bradley Jr and Xander Bogaerts were strong throughout the season. Bogaerts had an electric first half helping this team early and often. Even when some hitters slumped, others surged, Dustin Pedroia and Travis Shaw, helped the Sox get the ball in play and players on base in times of need.

Then there are the challenges. Boston was on such a great roll and then the wheels came off the bus with painfully long games against Toronto, incredulously bad work by closer, Craig Kimbrel, as well as silent bats from a worn out team. The Indians starter Corey Kluber strained his hamstring. Another Cleveland team member was suspended, and even more landed on the disabled list. For Boston Brock Holt and former Double-A Phenom, Andrew Benintendi had to sit out part of the season with injuries.

Thankfully, the regular season is behind both of these teams. The ALDS represents a new beginning and the possibility of an epic ending for Ortiz in his final season.

Baseball is exhilarating because anything is possible. These two teams will provide fans with more than enough excitement in the days to come.