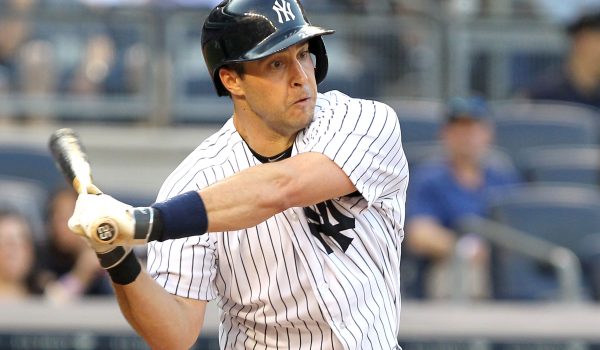 What a week. Teixeira announced his retirement, Arod was persuaded to retire, Prince Fielder was forced to retire and Manny Pacquaio came out of retirement. Good thing I have an opinion about all of the above, surprise, surprise.

Mark Teixeira announced his retirement from MLB on August 5th after 13 seasons. It didn’t come as much of a surprise after the Yankees had a fire sale to rebuild their farm system. Before I get into my thoughts on his retirement, I would like to commend Tex for just being an all around stand up guy. His demeanor, sportsmanship and off the field behavior can account for that. It is refreshing to see an athlete easily acclimate to the standards upheld by those in his position. Now back to his game. Let’s not pretend that Teixeira has been worth his contract. Haters complain about ARod all of the time, but conveniently forget about the other awful contracts the Yankees gave out, Tex being one of them (Kevin Brown, Carl Pavano and Randy Johnson, to add a few more). It is not a stretch to say that Tex was injured almost every year he played for NY. Teixeira signed an 8 year, $180 million dollar contract with the Yankees in December of 2008. His best year in pinstripes came his first year, 2009, when the Yankees won their 27th World Series. He won a gold glove, was the AL HR and RBI leader, and made the All-Star team. Coincidentally, he struggled mightily in the postseason, a pattern that was all too familiar throughout his career with the Yankees. From 2011 on, his offensive numbers were mediocre, certainly not what was anticipated when acquiring him. His impact was felt mostly on his stellar defense. He struggled to stay healthy and was a disappointment in big game situations. In other words, no doubt Tex will be missed in the clubhouse, but he won’t be missed at the plate.

Next up on the Yankees campaign to get rid of all of the veterans is Alex Rodriguez. A divisive figure in the game, love him or hate him, ARod has been quite the character throughout his career. Coming off an MVP-caliber season, you would never know it by the looks of his abysmal numbers this year. ARod and the Yankees announced his retirement last Friday. During the press conference, Girardi said he would let ARod play his last four games if he wanted to. Tickets at Fenway skyrocketed in hopes to see the polarizing figure play in their house one more time. Then the Yankees reneged their word, not an uncommon thing for them lately. Girardi claimed that he was emotional and got caught up when he told Alex he could play the last four games. Now, I know Alex has had his issues with the Yankees, but this just makes them look foolish. They can’t use the performance excuse, Teixeira is batting .196 and is still in the lineup. Also, aside from the fact that the Yankees have a slight shot at the Wild Card, we all know the brass conceded the 2016 season when they traded away multiple players in order to rebuild and get younger. Love him or hate him, steroids or no steroids, ARod is one of the best players to ever play the game. They should have let him have the last four games, instead, they appear sophomoric.