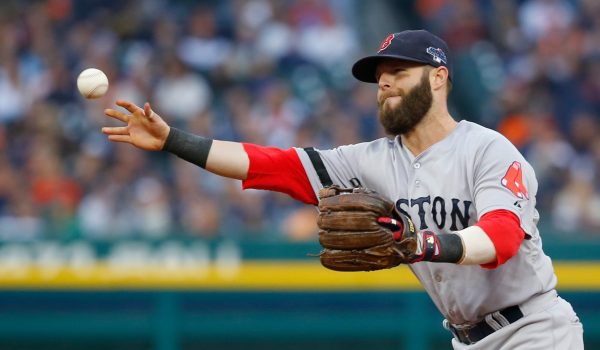 The Red Sox have everything in place but are still not as successful as they ought to be. There are many reasons. Chief among them is the lack of reliable depth on the major league bench and at AAA Pawtucket. The reason why the Red Sox were successful in 2013 is because they had veteran players on the field, an okay bench, and tons of talent at the AAA level. This year, manager John Farrell does not have much to work with. There is a lack of reliability and trust in the players at his disposal. Fans are taking the easy way out by calling for his head. This solution is a symptom of a much larger problem: not enough quality depth.

The Sox are struggling due to lack of personnel, not necessarily bad management (I’m not ready to completely concede this point. I will come back to it.) This season, Boston made a rare move, bumping Andrew Benintendi up from AA Portland, Maine. How embarrassing for guys like Deven Marrero, Ryan Lamere, and Jose Vincio that have been in the system for a few years…going nowhere. The Red Sox had to make a tough decision that panned out well. In five games, Benintendi scored 1 run, 5 hits, and 2 RBIs. Not too shabby. Big risk, big reward.

But back to the Red Sox, only two years ago, Pawtucket won the Governor’s Cup. What happened? How did they fall so far so fast? We must reckon with the fact that the lack of talent forces Farrell into a precarious position. He is not a bad manager; he’s just forced into terrible situations. You can only go to war with the army that you have, and he does not have a strong one.

The only managerial decisions I question are those relating to the bullpen. I dislike his overuse of Junichi Tazawa. Taz is not that great. What are the alternatives? If you guessed there are not any reliable bullpen arms, you are right. How can mediocre team composition be Farrell’s fault?

Speaking of overplayed team members in Boston, Dustin Pedroia and Xander Bogaerts are woefully overplayed. They need breaks. Bogaerts begged for one before the All-Star break. Now hitting just under .200 during the West Coast trip, he is desperate for one. Pedroia is hard-headed and wants to play. He is all in, full of passion, and will face any pain he is in during the offseason. This is noble, but I think if the Sox were to return to the 2013 model where fans saw Farrell bring all kinds of players up for short stints, the team would see the post-season possibilities as reality, not a mirage.

Let’s hope the return to Fenway will help solidify the Red Sox’s chance to earn a Wild Card spot.