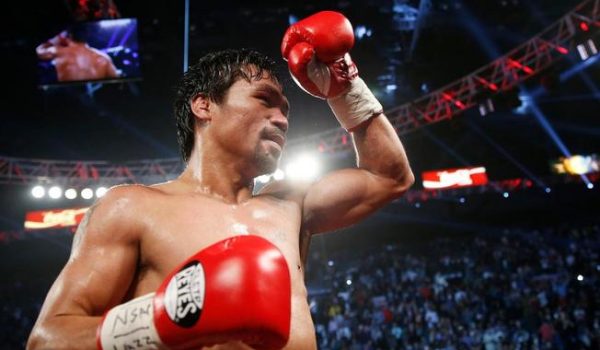 Mark Teixeira and Alex Rodriguez weren’t the only players that retired or announced their retirement week. In an emotional, poignant press conference. Texas Rangers DH Prince Fielder announced that he was being forced  to retire due to doctor’s recommendation after having his second neck surgery in three years. Choking back tears with his two young boys sitting next to him at the podium, Fielder thanked his teammates and coaching staff as well as recognized the past organizations he played for (Tigers and Brewers).

It is pretty evident to anyone that took the time to watch Fielder’s press conference that he is a man that loves the game of baseball. He grew up surrounded by it, it is in his blood, in his heart. Son of former baseball player Cecil Fielder, Prince ended his career with 319 home runs, the same as his father. Six time All-star, it was just a season ago that Fielder won the AL Comeback Player of the Year Award.

I doubt that we have seen the last of Prince. It would be a tremendous loss for the game of baseball if he does not continue to grace the game with his knowledge, passion and acumen. He came a long way from the 12-year old boy hitting a home run into the upper deck at Tiger Stadium.

Lastly, on the retirement train is a much different scenario. Manny Pacquiao has made the announcement that he is coming out of retirement. His first fight back will be against Jesse Vargas, November 5th at the Thomas and Mack Center. Not entirely surprising news here, let’s be real, this is all about the money. Don’t take my word for it, take Manny’s, (via the Boxing Scene);

“Boxing is my passion. I miss what I’d been doing inside the gym and atop the ring.”

“Boxing is my main source of income. I can’t rely on my salary as public official. I’m helping the family of my wife and my own family, as well. Many people also come to me to ask for help and I just couldn’t ignore them,” he said.

So, first he throws out the perfect PR statement, then he quickly follows up with the real reason he is returning to the sport of boxing:$$$.

Manny looked like a fool in the “fight of the century” (cough, cough), with Floyd Mayweather. He fought Timothy Bradley in what was supposed to be his last fight, he looked decent enough for some to speculate he would eventually return. Now, he chooses an opponent that he is the clear favorite for with the hope that he will win, which in turn will set him up on the eventual road that leads back to Mayweather.

Don’t get me wrong, Pacquiao may love boxing, it may be his passion, however, the real motivation is money. When money is the main motivation the outcome is usually not a promising one. Love or hate Mayweather, while money may be his motivation, he is also fueled by ego and the desire to be the best. Pacquaio seems to have lost that. He talks about relying on his salary as a public official, this is a man that’s estimated net worth is around $250 million dollars. Maybe Manny should encourage his family, his wife’s family and those running to him for money to get a job. He appears to have made a significant amount of money in his lifetime, why he is scraping by is no one’s fault but his own.

What about the fans? The last thing a boxing fan wants to hear is that the fighter is just in it for the money. Let’s be real, money is a significant part of being a professional athlete. However, no one is going to sympathize with or root for a man who is claiming he is broke after earning over $200 million,  and is cherry picking a fighter he knows he can beat instead of the one he may not (Terence Crawford).

A little advice to Manny: next time don’t voice your real motivation, tell everyone want they want to hear.