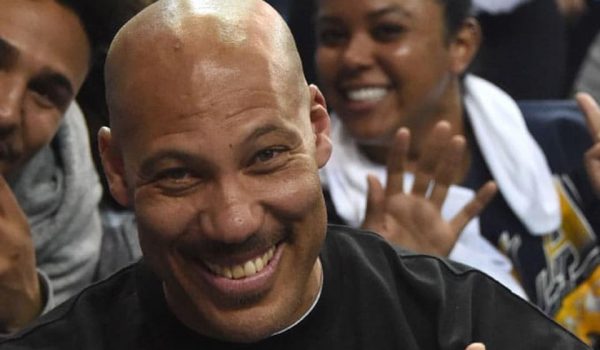 We have all been a spectator at some point. A witness to the obnoxious, overbearing father screaming at his son when he strikes out swinging. Or the arrogant, back-stabbing mother pressuring her daughter to come out on top at all costs. We have caught a glimpse of the look in their eyes. The look of determination backed by a selfish need to live vicariously through their child. Their competitiveness is an obsession, causing them to glaze over the well being of their child with their eye only on the prize. The parent is driven by narcissism, damaging their child in the process. The child often grows up with low self-esteem with a boatload of psychological issues. There have been dozens of studies done on the damage that occurs on a child. But, usually, the damage is obvious to anyone aware of the situation.

19-year old Phenom PG Lonzo Ball just declared for the NBA draft. Often compared to Jason Kidd, Ball has been commended for his leadership qualities along with his maturity and court vision. He is a facilitator in the veins of a true point guard, something not very common in the league anymore. He had an impressive season, averaging 14.7 pts per game, 7.6 assists, and 6.1 rebounds helping catapult UCLA to a number 3 seed in the NCAA tournament.

Enter LaVar Ball, the definition of Stage Dad. Overbearing, attention seeking, and arrogant are just a few phrases that accurately describe ex-football player LaVar Ball. But, more importantly,  a distraction is what he is and not a healthy one.

Yes, I blame the media, partly for this, giving this man a platform in which to spew his nonsense. Still,  the fiasco didn’t stop there. Lavar Ball then had a public battle of words with Lebron James when Lavar made a comment about Lebron’s children. And then with sports personality Stephen A. Smith when Lavar said he would beat Michael Jordan in a one on one.

All of this makes LaVar annoying to the masses or entertaining if you like that sort of craziness. What about his son? How is all of this affecting his son?

Well, on the biggest stage against Kentucky in the Sweet 16, Lonzo was a non-factor. He had an underwhelming 10 pts. and was completely overshadowed by the imposing play of Kentucky PG De’Aaron Fox. Fox was on fire under the bright lights scoring 39 pts and leading Kentucky to a victory over UCLA. Did Lonzo’s play have anything to do with his father’s antics? No one really knows.

While many believe that his father may not have an impact on his draft status, that couldn’t be further from the truth. Ball is a fantastic college player, how he translates that play into the NBA, only time will tell. There is a 50/50 chance he will be an impact player in the NBA.  Still, there will be teams that do not give him a second glance due to the antics of his father. Is the distraction a risk for a player that MAY make an impact?

Either way, we will continue to hear from Ball. LaVar has two more sons, LiAngelo and LaMelo moving their way up.

Meanwhile, all eyes will be on Lonzo to see where he lands in the draft. The Lakers are the rumored choice. No surprise there, they have never been one to shy away from drama.