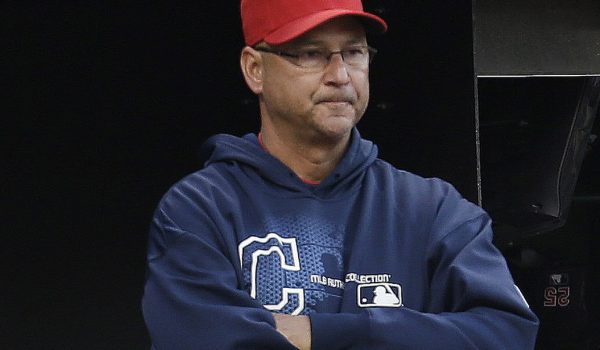 It may not be how Boston envisioned it playing out, but the Red Sox are in the World Series. Former Red Sox players were all over ALCS and NLCS playoff rosters in the run-up to the big game. Various front office staff, managers, and players have graced the grass at Fenway. Hello there Theo Epstein, David Roberts, and Terry Francona, I’m talking about you. Meanwhile, former players are all over a number of diamonds. David Ross, Jon Lester, John Lackey, Coco Crisp, and even the oft-forgotten Anthony Rizzo are just a few players whom were under contract with Boston at some point in the last five years (Rizzo was initially traded to San Diego for Adrian Gonzalez in 2010…and yup you guessed it, Gonzo is on the postseason roster for Los Angeles) How painful! How did this happen?

Too Old To Pitch

Well, it starts at the top and trickles down. Werner, John Henry, and Larry Lucchino were quick to send Jon Lester, John Lackey, and other pitchers packing because they were too old. Little did we know that 30 is the new 20. Lester left Boston and has done some of his best work. Looking at age alone and ignoring talent is just plain dumb. Boston brass could have worked a hometown discount in 2014 if they chose to sign Lester, or even Lackey to some extent. Both players have sustained ERAs under 3.00 after departing for greener pastures. Lester pitched 2.44 during the regular season. But no, let’s ignore the real numbers that matter, statistics. And dress up age discrimination, call it an unwritten rule, and pass these guys over to other clubs in need. Nice work, Mr. Henry and Mr. Lucchino.

Fans have heard it time and time again. Boston has one of the best farm systems in baseball. The scouts for the Red Sox are doing God’s work for Major League Baseball, but not the hometown team. A team grows their farm system with the intention to build the Major League roster for the future or use these prospects to attract strong, veteran trade candidates. Instead, the Sox give up guys only to watch them flourish for other ballclubs. Every other team benefits thanks to Boston and we get nothing remarkable in return.

Who makes America great again will not be decided on November 8th. Oh no. Werner, Henry, Lucchino, and Ben Cherrington already accomplished this goal by trading Mike Napoli, Coco Crisp, and Andrew Miller, Rich Hill, and others to teams all over the League, some of which are playing in the MLB postseason.

Under Pressure and Media Scrutiny

Some of the players underperformed while in Boston and then flourished once they left the real City of Champions (sorry Cleveland, you “rock” remember?). Is it media attention and the pressure felt from the high expectations of Boston fans? No one can play well when tight with nerves. Boston saw that this year with starting pitcher, David Price. In a more relaxed environment like Chicago, Cleveland, and Toronto for instance, the media attention is far less fraught. The fans are pleased if the regular season goes well. In Boston, fans start talking, criticizing, and kvetching about the postseason as soon as pitchers and catchers report to Fort Myers in February. Everyone has got to chill out and let these players, “do their job.”

When will this pattern of stocking the farm system and high expectations end? Many fans thought with Dave Dombrowski at the helm of baseball operations fewer poor decisions would be made. Dombrowski was known for his mid-season trades and pivots to turn teams around through acquiring strong personnel. Fans did not see him accomplish this in Boston. He has failed the Red Sox. Examples include the Fernando Abad trade, and even worse the trade for injured Drew Pomeranz, dealing away Anderson Espinoza. Dombrowski seems to be playing from the same playbook, which begs the same question I have had for years: Are the owners really the ones building the rosters? And if so, why do they not trust the people they hire for baseball operations? Is this why Mike Hazen went to the Arizona Diamondbacks’ front office? Ultimately, it remains to be seen whether more of the same will happen in Boston in this next off season, and in those to come.

To add insult to injury, the Cleveland Indians, who everyone counted out, have earned their place in the Fall Classic.