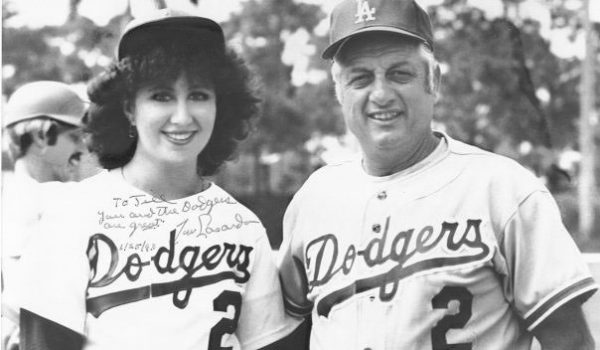 Flashback, 1978, the Los Angeles Dodgers would go on to beat the Philadelphia Phillies 4-3 in front of 55,124 fans to take the NLCS 3-1. The batting order used in that historic series was chosen by a young lady. Yes, that’s right. A young lady, otherwise known as Jill Baer.

Circa LA, 1978, a young, vivacious girl, bright-eyed with stars in her eyes and baseball in her soul moved to Los Angeles. Far removed from Fort Lee, New Jersey, Jill had goals and aspirations outside what was the norm for that era.

A baseball lover for as long as she can remember, Jill became a student of the game, studying every pitch, every angle, every play. Her love affair with the game only grew stronger when she laid eyes on a charismatic pitcher, who would become a lifelong friend, Tug McGraw. As a child, Jill started a fan club for Tug and even invited him over to her parent’s house for dinner, an offer he took her up on, to the shock of her parents.

Years later in LA, Tommy Lasorda was undoubtedly amused, and even a bit impressed, by this young lady when she engaged him in some highly-charged baseball talk. Then the challenge came. The Dodgers had been dealing with negative press for a while, claiming their players were not playing hard enough, afraid to get their uniforms dirty. Jill had an idea, letting her manage a game in Spring Training could be a great PR move, she could even convince Cosmopolitan to pay her to write a feature article based on her experience.

Jill’s invitation came in the mail and she was off to Spring Training. In what would be the ride of her life, Jill became the only female to every manage an MLB game. It was not easy, as to be expected, glaring eyes of some of the players annoyed at the idea of a female managing them. A battle of wills with a certain player when she changed the lineup to fit what she thought was the optimum order to get runs on the boards. Add in a heated interaction with a grumpy, old umpire resulting in her being thrown out of the game,  the day was epic. Jill ultimately gained the respect of the team when they saw this was not a publicity stunt for her, it was  a dream of hers backed with a passion for the game.

This was 1978, to be a woman in 1978 making her presence known in a man’s sport was brave and fearless. She discovered things about herself in that moment that would shape her into the successful woman she is today.

Present day, women are finally gaining the respect and admiration they deserve in a male dominated industry. Is there still backlash and criticism? Yes. There will always be men who don’t believe a woman can hold their own in a room full of suits. Are they threatened by a female doing a job they didn’t have the balls to pursue? Or angry that a female is talking about a game they were never good enough to play? Who knows? It is a novel idea to respect a person for the knowledge and expertise they bring to the table, skirt or no skirt.

Jill Baer was years before her time. Check out my interview with her for much more on her experiences in the game we both love so much. 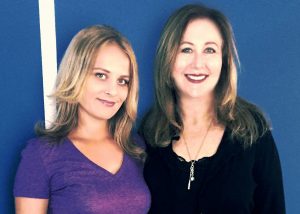