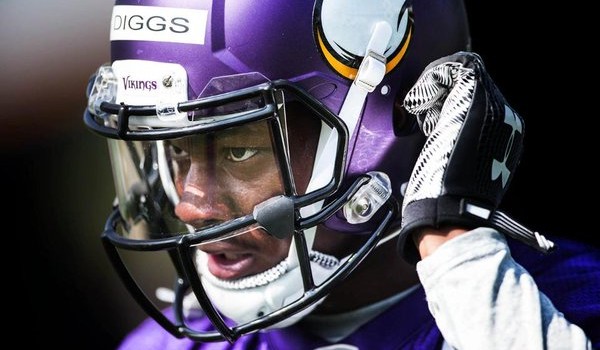 Week 7 is already upon us. We have seen a barrage of injuries, from hamstring to quad to staph infection. If you are a fly by night fantasy player and you do not pay enough attention, your fantasy team may be in shambles. All I can say for daily fantasy players, is thank god for twitter.

I can spew off quite a bit of fantasy advice heading into week 7, but instead I will leave you with just a few of my favorite picks for this weekend.

Carson Palmer- Palmer is one of the best QB’s on the board this week. The Ravens have given up the most points to the opposing QB, which is a good stat, but even better when your opposing QB is Carson Palmer. Palmer wasn’t the sharpest tool in the shed against the Steelers in week 9, but still threw for 421 yards. Whatever way you want to swing it, Palmer is one of the more consistent QB’s in the game. He is currently 4th in the league with a QB rating of 79.6.

Deandre Hopkins- Let’s be real, I shouldn’t even have to add his name to the list, you should already know. If you don’t have Hopkins in your daily fantasy lineup, don’t bother playing. Yes, his owned percentage will be high, but there is nothing like having old faithful, a player guaranteed to get you points. This man can simply not be covered. Hopkins has at least 10 targets per game. Moreover, in the last 4 games has had over 100 yds receiving. The Texans are playing Miami, a team that has had a momentum boost with their new coach, but is still mediocre against the WR position. Both teams will be traveling to London, factor in jet lag, can’t imagine it will affect the unstoppable Hopkins.

Stefon Diggs- If you have not heard of Diggs yet, you will soon. Diggs is surely making his presence known in an offense that needs much work. Much like the Broncos, the Vikings defense has been the catalyst in keeping the team in the game. His price is going up, but he is very much affordable and has a fantastic upside. He is worth taking a gamble. Right now, he is Bridgewater’s favorite target. The Vikings are playing against a Lions team that has given up on average 23.8 to the WR position.

Antonio Gates– By far, the best tight end option on the slate this week. Gronkowski is too pricey for the production in the last few weeks. Furthermore, the Chargers are playing the Raiders who have given up the most points to the TE position. Gates has not lost a step. At an affordable price, he should provide you with your money’s worth. Unless, of course, you would like to throw Ben Watson in your lineup with hopes that he can have a repeat of last weeks performance. Hey, stranger things have happened.

Brandon Marshall- The Jets do not need extra motivation to want to beat the Patriots, but handing them their first loss may give them a boost. The Patriots give up on average 26 points to opposing WR. Marshall has had over 100 receiving yards in each of the last 4 games and is averaging around 20 fantasy points. This week would be a good week to throw him on your team, his chemistry with Fitzpatrick appears to be on point.

Allen Robinson– He is listed as questionable, but there is not much doubt that he will be good to go. QB Blake Bortles seems to have settled into his position in the last couple of weeks and Robinson and Hurns have been his go-to guys. The Bills are pretty banged up right now and do not know who their QB is from one week to the next. Now, would be a good opportunity for the Jags to take advantage of that. Robinson is the right man for the job. The Bills give up an average of 23.7 to the WR position. If Robinson is a no-go, do not hesitate to scoop up Allen Hurns.

Good Luck this week my fellow fantasy players! Bring it to the bank.