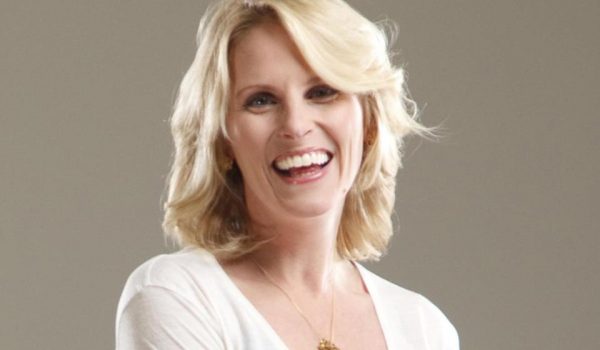 The story of Trenni Kusnierek, sports anchor, and reporter for Comcast Sportsnet New England is a story of true grit, passion, knowledge, and willingness to do what it takes to build a career in sports media. Kusnierek anchors New England’s Sports Desk, sits in with Boston’s controversial sports media personalities on The Baseball Show and holds her own on the sidelines at both Fenway Park and Gillette Stadium.

Kusnierek attended Marquette University, where she graduated with a degree in Broadcast and Electronic Communications. In addition to earning her degree, she spent her college years interning and working behind the scenes at WISN. Tipped off that there was an increasing need for women in sports media, Kusnierek decided that her love of sports and journalism may be the path for her. This path would, as she put it would, “be a much faster ride” to a career.

Sports media was worth a shot. Certainly, even if it did not work out, her father would be proud. He brought her to many Milwaukee Brewers, Green Bay Packers, and University of Wisconsin games.

There were a few bumps on the road to success. Kusnierek graduated in 1999 with few job prospects. Armed with her wit, knowledge, and perseverance, Kusnierek applied for every job that she could, all over the country. “It took me eight months to get a job.” Kusnierek said she had “a large stack of rejection letters.”

Kusnierek was willing to do whatever it took. “I didn’t care if I had to take a pay cut.” Once, in front of the news director in Eau Claire, Wisconsin, she begged for the opportunity and promised she would be willing to “carry my own camera, and edit the footage.” The job paid only 7 dollars per hour, but was filled with positive experiences.

Eau Claire was the first on-air opportunity for Kusnierek. Soon after she worked at Milwaukee’s CBS affiliate WDJT-TV, where she anchored the nightly sportscast and reporter on local university and high school sports.

In 2002, an opportunity opened up in Pittsburgh. Kusnierek worked in Pittsburgh at the Fox Sports affiliate. Kusnierek covered Pittsburgh Penguins hockey and Pirates baseball, and professional sports in not-so-nearby St. Louis. Kusnierek did not know much about hockey at the time. She overcame her lack of knowledge, through hard work, reading, and hours of watching clips, she grew into the position well, so much so that one of the players commended her on her overall improvement in understanding the game.

From there she went on to work for the MLB Network and the NFL Network, in cities across the country and abroad. She went to the Sochi Olympics to cover curling for NBC Sports. She even hosted a podcast for ESPN 540 called the Broadside with Jen Lada. It covered a “broad” variety of topics.

In this excerpt of my interview with Kusnierek, we dive right into the middle of her explanation regarding her fish-out-of-water experience covering hockey for the first time in Pittsburgh. We continue our conversation touching on the role of women in sports media, her refreshing takes on the upcoming Patriots season, her thoughts on the Red Sox, then finally, her advice to women interested in becoming a sports media professional. Don’t want to miss this!