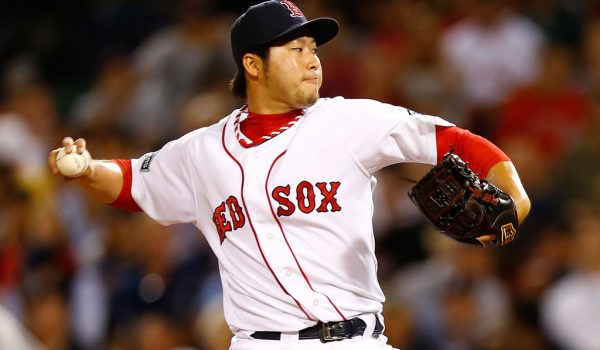 Sometimes I have to wonder why I listen to sports talk radio. I live in Boston, a city filled with some of the most educated sports fans in the country. Still, people call in and ask questions for which they should already have answers. Today’s dumb-dumb question of the day (and I’m paraphrasing here for brevity) was “do major league baseball team general managers have a codified process regarding trades and acquisitions involving their own farm prospects?”

On its face, it is a decent question as we approach the trade deadline on July 31st, but unfortunately, the answer is an easy and obvious one: No. General Managers and Directors of Baseball operations may use any and all of the elements that make up their franchise as they see fit.

So what should the Red Sox do?

What Red Sox Nation Knows To Be True

We are Red Sox Nation. We as members of the Nation are steadfast in our opinions about what the Red Sox should do moving forward. Here are some of the givens:

2) The Sox need more effective starters on the mound and a bullpen that can hold a lead through 9 innings.

3) The Red Sox appear fair to middling on position players and depth in the infield and outfield.

3) Yes, the Red Sox have catchers, but not certain they are strong enough, or will last.

4) The Sox are as prepared as the next team for the inevitable injuries that come late in the season. In other words, the depth chart looks decent at least defensively.

5) Finally, this is David Ortiz’s last season, adding a mac ton of pressure on the Boston Red Sox to win a World Series this year.

What Boston Needs To Do

In my opinion, Director of Baseball Operations, Dave Dombrowski, must go all in this year for the pennant. The American League East belongs to no one. It is up for grabs. The biggest competition will always be those darn birds in Baltimore and Toronto. Dombrowski must keep those teams in mind when trading.

Red Sox Nation, I know you probably think I am crazy, but 2016 is for all the peanuts and Cracker Jack, because we don’t know if we’ll ever be back. After Ortiz retires, this season, the next three seasons to come will be rebuilding years. I say sell whomever we have down on the farm, except for Moncada. There is no talent at AAA Pawtucket that the major league team could use right now, forcing us to trade (from AA Portland Sea Dogs) for what we need. At the bare minimum, the Sox need another bullpen arm and at the most another starting pitcher. (Reliever, Junichi Tazawa cannot continue to go out there and give up somewhere between 3-4 runs every game. More fans have heart palpitations and stomach ulcers than ever before because of Tazawa. Some (me) even have a visceral response to his walk-up music. When he is your most reliable arm to choose from in the bullpen, then you have a problem. He is in there for 2 innings. He should not have a 3.41 ERA. Think about that for a second. Two innings… he is earning that many runs.)

The Specter of Scott Boras

Ok, so I know I am in the minority with my philosophy regarding a farm system fire sale this year. For some reason, fans get all kinds of precious about their farm system. I understand the concern, I really do. I would hate to see these young players go on to other franchises and become our future super-talented opponents. But we need to make a move for this season. We likely will have a very different looking team next season. I foresee some major movement on the parts of the players. Many may get tired of losing because the pitchers do not support their offense. Others, specifically those represented by Scott Boras, will head for the hills looking for not only a ring, but more money, too. I am looking at you Xander Bogaerts and Jackie Bradley Jr. Fans should be concerned about the potential loss of these players.

This is the year. Now is the time. Go get that pitching.