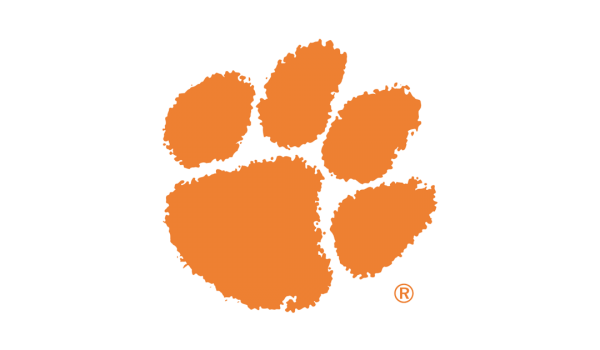 Clemson pulled off what many considered an upset. However, for those who watched Clemson this season battle for their 14-1 record knew differently. This was a team with their eye on the prize. That prize being a rematch with Alabama to win the National Championship. On Monday, January 9th, 2017, that is just what they did.

With the memory of last years 45-40 loss to Alabama fresh in their mind, the Tigers finally have their fairy-tale ending. Clemson overcame a 14 point deficit to beat the Crimson Tide 35-31. This is the Tigers first championship title since 1981. To say emotions were running high would be an understatement. Clemson coach Dabo Swinney, who took over the program in 2009 was overcome with emotion when he said this:

Clemson star QB Deshaun Watson couldn’t get things going early, yet he rebounded in a big way, lead by his athleticism, his ability to move in the pocket and big game decision-making skills.  Still, more than that, Watson exhibited his passion, heart, and love for the game.

There is no doubt that winning a National Championship was written in the cards for Watson. In 2012, he tweeted this: 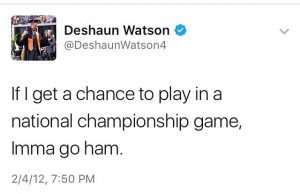 When you want something bad enough….