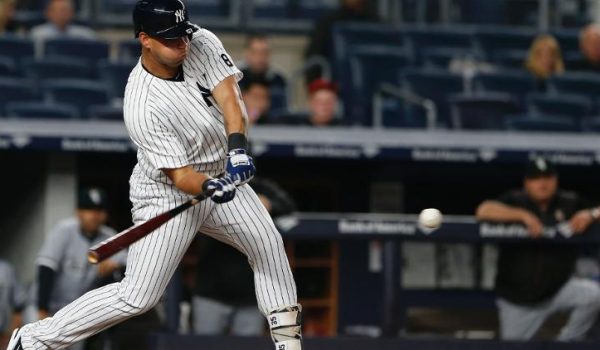 We are witnessing something special.

Every now and then something happens in sports that reminds you of why you are a fan. Reminds you of the legends of the game, the sacred records, the moments cemented in history. The baseball Gods are shining down on the new look Yankees right now, reminding everyone that even in a down year, a player in pinstripes can shock the baseball world.

Who is this phenomenon? His name is Gary Sanchez. The Dominican catcher signed with the Yankees as an International Free Agent in 2009. One of the Yankees top minor league prospects, the 23-year-old made his Major League debut with the Yankees on Oct. 3, 2015. He followed up that debut, appearing in one game in May. However, it wasn’t until his promotion to the majors on August 3rd where the magic began.

Just take a look at what he has accomplished so far:

He has set a major league record being the fastest player in MLB history to 11 home runs in 23 games.

He is the first rookie in major-league history to hit at least 10 homers and drive in 20 runs in his first 20 games of a season.

He is .667%  of base stealers thrown out, making it hard for even the speediest base runner to get one over on him.

In a season that has been bleak for the Yankees, the youth revival has certainly given lifelong Yankee fans something to get excited about, and Sanchez is leading the pack.

Teammate Starlin Castro voiced his thoughts, “It’s unbelievable, every time he goes to the plate, we feel like something is going to happen in a good way.”

Castro took the words right out of my mouth. One can only speculate how long this hot streak will last, yet there is not much doubt that Sanchez will be a star in the Yankee organization for years to come.

As humble as he is talented. Sanchez has taken to twitter to communicate with fans expressing his thanks and love for the city of New York. 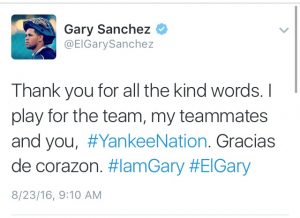 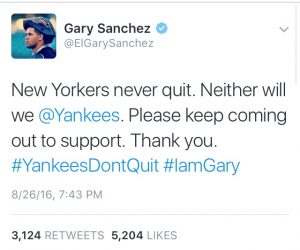 With the Yankees only 2 1/2 back in the race for the second American League Wild Card spot, many are holding out hope.

The resurgence of youth and the revival of the farm system in the Yankee organization reminds me very much of the dynasty in the late 90’s. For the first time in a long time, the Yankees are on the right path.

Meanwhile, do yourself a favor, get yourself to a Yankee game, catch Sanchez while you can, we will be talking about him for years to come.