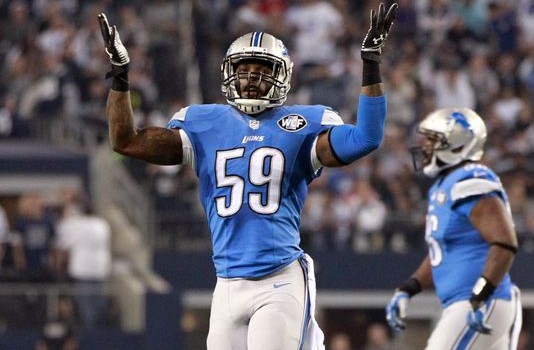 The Detroit Lions had a most disappointing season last year. True, there were a few bright spots, though, overall the season was a disaster. Now there is a new sheriff in town, Bob Quinn, and it’s time for a new Lions organization. There are some holes on this team for certain that need to be addressed.

The first hole that needs to be addressed is at linebacker. Stephen Tulloch has been informed that he will not be returning to the Lions organization and two other linebackers are not currently under contract. Re-signing Tahir Whitehead should be a priority. Whitehead improved the defense exponentially taking over as a starter in the second half last year. There is no doubt that the Temple standout has more than proved he is NFL caliber. Beyond bringing back Tahir Whitehead, I would also draft a linebacker, like Reggie Ragland. Furthermore, adding an instinctive middle linebacker like Ragland would be a giant step in stopping the run.

The next big hole that needs to be filled in at right tackle. The way I would go about finding the right tackle spot is by signing a free agent. That way you don’t have to wait for a rookie to develop his game enough to be an asset to you; a free agent right tackle immediately comes in and improves your offensive line. Additionally, Bob’s plan has already indicated that Riley Reiff will come back, he’ll hold down that left tackle position and the inside guards are already young and proving to be talented. Now the line is looking young and ferocious, moreover, ready to take on the league.

The next thing I would do if I was the Lions GM, would be to sign a strong safety. James Ihedibo has already been informed that he will not be a part of the team next year and the Lions have already been rumored to be going after the former Bengals strong safety George Ikola. George is 25 and very much in the prime of his career. Combining helmet with Glover Quin will strengthen his defense substantially and make it once again fierce.

Defensive tackle is another position that needs to be addressed this offseason for the Lions. Haloti Ngata is leaving and the Lions currently have unproven players in that position. It would best for the Lions organization to draft a defensive tackle to show up the middle of the defense. Louisville’s DT Sheldon Rankins would be a good fit if the Lions get snag him in the draft. The 6’1 Rankins who weighs in at 299 pounds impressed at the combine with his 5.03 40-yard dash and a 34.5 vertical jump. The Lions have already shown interest in Rankins, he would fit nicely in their system.

There are a few other holes such as wide receiver and cornerback perhaps, but filling the above positions will get the Detroit Lions over the hump and back into contention. For the sake of all Detroit Lions fans, it better work.