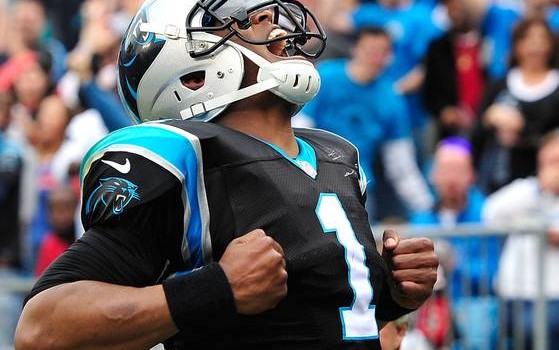 As I sat down to watch Super Bowl 50, I expected to see the newly crowned NFL MVP Cam Newton to be smiling ear to ear and having a good time with his teammates in his usual fashion. Cam’s approach to the game, with a sense of fun and lightheartedness, is normally his power. Instead, I saw a very serious Cam with not a smile in sight. At that point, I knew there was trouble ahead; his freedom of emotion may have turned out to hurt him.

Cam Newton has fun when he plays football; it seems like he plays every game like he was back on the playground. He laughs, smiles, and, of course, dances; he has introduced the DAB to mainstream America. On the largest stage, however, it seems Mr. Newton changed the very thing that ignited himself and his team the entire season. Not a smile flashed. No laughter. Only a very stoic albeit quite focused expression. It seems he made the critical error of treating the Super Bowl differently from any other game. That perhaps the two week wait caused Super Cam’s persona to falter. Cam was over thinking, anxious, stiff, and it showed. Cam’s inexperience truly let him down.

The emotion that fueled Cam Newton all season, ultimately led to his demise on. Cam knows how to have fun when everything is going well but as soon as the heat came on, he lost focus. He allowed his anxiousness to get the best of him on the field and allowed his anger to get best of him at the post-game press conference. That sourness of the loss he endured is understood with his youth, but Cam must learn to channel his anger and sadness in those moments in order to become a true champion.With his level of talent, I have no doubt that he will master the art of poise in no time

Winning the Super Bowl is one of the greatest feats in sports, moreover, it takes a unique combination of talent, chemistry, work ethic, and poise. Everyone gets nerves in such a pressure filled situation but channeling that nervousness into focus is a skill that the greatest of the greats master. Cam Newton is on the cusp of greatness, with poise being the final element of he needs to master. Though it hurts now, losing the Super Bowl is actually one of the greatest lessons in sports. Cam Newton no doubt has the chance to come back to the Super Bowl on multiple occasions if he learns quickly: Keep wearing your heart on your sleeve and harness that emotion as a tool to elevate your game to the next level.